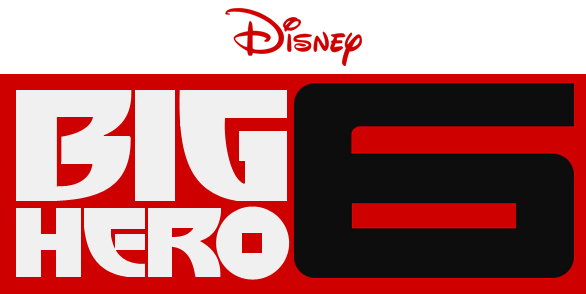 Check it out... if you're willing to forgive Jackman's initial overuse of synthetics within this here score, as Big Hero 6 boasts of some of the most invigorating and high-flying composition of the composer's career to date

Skip it... if you're not prepared to pardon Jackman for his efforts within Captain America: The Winter Soldier, and demand a solely organic and entirely original superhero/animated effort, both of which Jackman can't wholly achieve 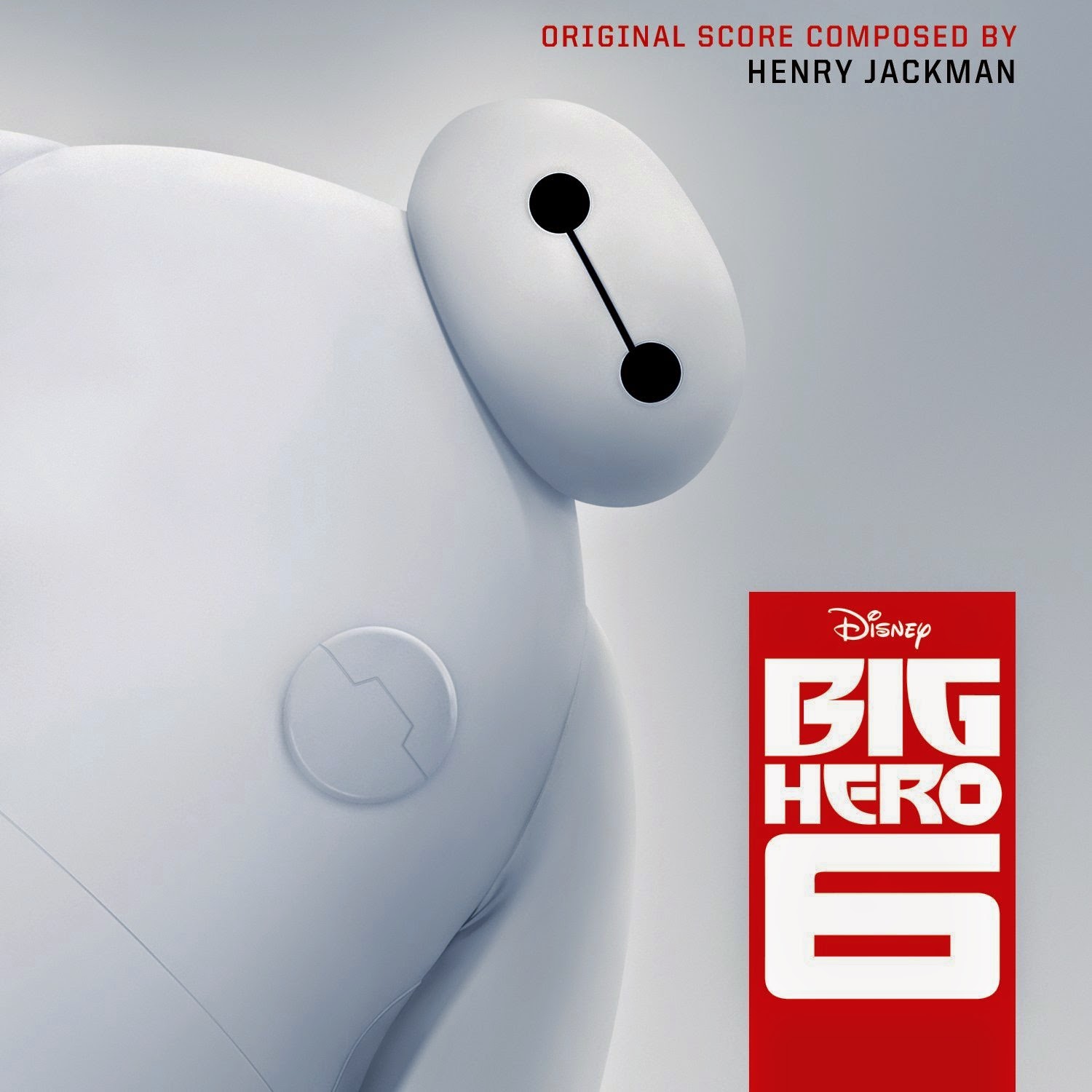 "Big Hero 6 is full of the bustling energy and vibrant orchestration that should be the staple-mark of this genre's music, instead of the gloomy, colour-deprived synthetic instrumentation that plagues a number of compositions within the superhero category of film"

After the immense success of Frozen, much has been said about Disney's latest animated effort, Big Hero 6, leading up to its release within the oncoming. Taking a less traditional approach this time around, Disney are seizing the opportunity to work with Marvel characters in a format outside that of the Marvel Cinematic Universe, adapting the comic book Big Hero 6 for what is sure to bode well with audiences everywhere. The critical response, whilst sparse in quantity at the present, is overtly positive; not a single negative review seems to be circulating the Internet at the present, to everyone's delight. For those whom loathe the excessive finical and critical success garnered by Frozen, or just resent the film in general (something of which I do not), Big Hero 6 represents a chance for Disney fans to re-instill their faith in an animation studio which has consistently, over the decades, insisted upon advancing the world of animated motion pictures. The film centres around the character of Hiro Hamada, a young robotics prodigy, who, alongside his adorable inflatable robot Baymax, has to save his city San Fransokyo from a ruthless villain whom wishes upon only total destruction. The films trailer seems to indicate a thoroughly enjoyable, funny and fast-paced film, so for fans of Disney or animation, this is undoubtedly something worthy of great anticipation.

In the realm of music, Henry Jackman, composer for recent films such as Captain America: The Winter Soldier and Captain Phillips, was recruited for the job of providing a musical score for the film. Whilst Jackman has composed for animations in the past (2011's Puss In Boots), this opportunity is undoubtedly more vital to his career than ever, seeing as the accessibility of the film and the animation style seems to be a beacon for brilliant and energetic music, something that Jackman has lacked the ability to be able to produce since composing the music for the aforementioned Puss In Boots. Ever since, it seems the man's ingenuity and skill has been drastically degrading in quality, at least in the eyes of score-lovers everywhere. His previous endeavors, these including Captain America: The Winter Soldier, Captain Phillips and Abraham Lincoln: Vampire Hunter, have all been universally detested by reviewers, all producing results that seem to lack musical coherence, accessibility, intelligent instrumentation, and thematic material which doesn't cause the listener to instantaneously regurgitate their previous meal. Even dedicated fans of Jackman would have to admit that his thematic material for The Winter Soldier, released earlier this year to dismal response from the entirety of the scoring community, was entirely uninspired, and was composed of some of the most insanely self-indulgent, unnecessary synthetic instrumentation in recent memory. For these same fans, it will undoubtedly be immensely gratifying to be able to finally support a composition of Jackman's which represents his capabilities and compositional prowess, when he is given the right opportunity. Big Hero 6 represents a glimmer of hope for a man who's slowly becoming the bane of the collective scoring community, as it is one of the most compelling, emotional and downright energetic animated compositions of the year.

Whereas Captain America: The Winter Soldier was a bleak superhero film, intent upon drenching the audience member in continuous seriousness (therefore requiring a darker palate of music than what is generally afforded for scores born of this genre), Big Hero 6 is a film full of light-hearted humour and viscerally-engaging action sequences, and so therefore is full of the bustling energy and vibrant orchestration that should be the staple-mark of this genre's music, instead of the gloomy, colour-deprived synthetic instrumentation that plagues a number of compositions within the superhero category of film. From the opening note to the finale, Jackman utilizes fast pace and unrelenting orchestral/synthetic/rock hybrids to produce a score of variety and complexity, all of which is outstanding. But what really allows Big Hero 6 to stand out from the crowd of superhero and animated scores is its textural complexity; the amount of instruments playing at any given time is often staggering, each seemingly representing one character or another. His composition is so staggeringly furious, you may very well have to pause the music just to gain your bearings and re-establish whom you're listening to; no, Desplat and Powell are no where to be seen, though one would not blame you for mistaking their presence considering the musical hysterics occurring throughout this here score. Cues like 'The Streets of San Fransokyo' are so full of creativity, intense speed and variety that it's hard not find yourself staring in bewilderment at the sheer quantity of technical wizardry.

Big Hero 6 is also more advanced than the typical Jackman fare in regards to thematic material, as well; there are numerous thematic ideas thrown all over the place, though the most accessible and obvious include the main theme, representing the main character of the film, Hiro, first seen in 'Hiro Hamada'; an emotional theme that represents the robot hero of the film, Baymax, and his friendship with Hiro, seen first in the emotional 'Tadashi'; a relatively predictable 4 note villain theme, still effective in execution, featured best in the sensational 'Silent Sparrow'. Jackman sports others themes within the score, including a flight theme, first explored within the bustling, vibrant and exciting 'First Flight', as well as a number of hero and fight themes for both Hiro and Baymax, all of which are somewhat grounded in conventionalism, but entertaining and dynamic enough to warrant approval. His use of themes is often versatile and varied, consistently utilizing the themes to different effect, as well as with different instrumentation. The main hero theme, seen first within 'Huggable Detective' briefly, elaborated upon within the next cue 'Upgrades', is utilized in a plethora of forms all throughout the running time; whether it be with a trumpet fanfare, a violin section, the synthesizers or the woodwinds. Jackson embraces the opportunity to score for a far more light-hearted film, constructing themes with flourishing structures, and instrumentation which is fast and immensely entertaining, whilst still not sacrificing emotional depth within these same leitmotifs.

Flourishing structures are all abound, as the music hurtles between phrase upon phrase, texturally advanced music abuzz all throughout. Whether it be the darker intricacies and thematic applications of a cue like 'Silent Sparrow', or the thoroughly draining, fast-pace orchestration present within 'The Streets of San Fransokyo', the music is strangely energetic all throughout, even within its most saddening, emotionally raw moments. In fact, this is when the music's real flair pops out; when things turn downright depressing and Jackman is given a great opportunity to score for sentiment and emotion instead of action. Whilst the majority of his action compositions within this album are exceptional displays of his proper ability, when we're aloud moments of connection with the characters and their feelings, we're warranted some of the finest scoring available from Jackman. The final two minutes of the cue 'I Am Satisfied With My Care' as so breathtakingly powerful they would rank high in my cues of the year, due to some exquisite cello and violin contrasting, piano solos and vocal accompaniment, all of which combines to form an immensely powerful soundscape, dripping with atmosphere. The use of the friendship theme is a powerful addition to an already beautiful cue, and renders exquisite results. The villain theme within 'Silent Sparrow' isn't necessarily original nor inventive, but what it is is thoroughly engrossing; building with a sense of dread and despair. So even when Jackman isn't at his most innovative within this here context, he does execute the vast majority of the music with emotion and drama, unseen in the bulk of animation scores released within this year.

Not everything is all good though, unfortunately; many of the synthetics within the opening quarter of the score seem overbearing and derivative in their use, lacking variety or restraint. This issue clears up quickly within the span of the running time, as the synthetics begin to blend with the rest of the instrumentation, developing into another textural component within the orchestration. Dull bass pulses and irritatingly mindless noises fill the soundscape within the aforementioned initial quarter of the album, often overtaking the organic orchestra in volume and intensity, reducing the listener to turning their speakers or headphones down and shaking their head in disapproval. It's one of the issues with Jackman's compositions in general which dissatisfies listeners constantly, and proves to be one of the focal points in regards to the criticism dealt towards his prior ventures. Fortunately, Big Hero 6 isn't overloaded with self-indulgent and meaningless electronic thumping, and more so relies on the organic instrumentation provided. In regards to this instrumentation, Jackman seeks a large range of ethnic influences, primarily of Japanese flavour (due to the strange combination of both American and Japanese cultures within the film); these include taiko drums, a large use of Shakuhachi bamboo flutes, and a restricted quantity of electronic-based phrases and rhythms, these seemingly representing the technologically-advanced and brisk-paced lifestyle that Japan encompasses (at least according to my former Japanese language and culture teacher). These instruments, most notably the Shakuhachi flutes, interact and contrast with the contemporary orchestra, forming a Western/Japanese soundscape, reminiscent of Hans Zimmer and John Powell's Kung Fu Panda scores; though this is a bit of stretch, as Kung Fu Panda sported a more Chinese-centric sound, as well as a larger range of Asian instrumentation than this here score. Nevertheless, both contain large quantities of ethnic and contemporary variation, each of these influences clashing together in respectable and logical ways to form energetic and brisk compositions.

So whilst some of the Japanese-styled inclusions seem slightly excessive initially (the random and entirely unnecessary Shakuhachi flute interlude within 'Hiro Hamada'), it does form another great component in a brilliant animation score; one that may very well rank as one of the best animated efforts of the year. Whilst not as emotionally gratifying, variable or consistent as How To Train Your Dragon 2, it certainly ranks higher than many of the years other animated projects, including Rio 2, Son of Batman and The Book of Life, all scores I deeply enjoyed. Whilst there are questionable synthetic uses (to say the least), simplistic themes and a lack of accessibility in regards to the villain material (the thematic material is particularly obscure in terms of its employment), Big Hero 6 possesses some of the most frantic, energetic orchestral composition of the year, and displays the capabilities of a composer often dismissed as an electronic hack, incapable of composing anything inventive or impressive. I, along with what expect is the vast majority of the scoring community, was not expecting anything so emotionally potent when I turned the score on, let alone something that could reduce me to a tear or two; the story here is told with such vivid flair and energy that it's hard not to enjoy. The Fall Out Boy inclusion, the song 'Immortals', almost ruins the party, with its modern rock/pop tendencies, as well as a lack of organic instrumentation. But nothing can seem to halt the fun that one should undoubtedly experience within Big Hero 6; a score with a surprisingly big heart and powerful range. You can purchase Big Hero 6 on Amazon or iTunes, here and here.