INSIDE OUT Score Review 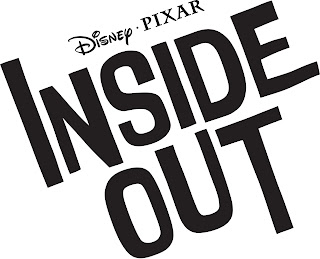 Check it out... if you wish to hear Michael Giacchino paint a variety of musical ideas across a broad canvas while staying rooted in his style developed in previous Pixar films.

Skip it... if you insist on a homogeneous listening experience on album or expect a film about emotions to have a score saturated with shameless romanticism, Giacchino instead opting for a more restrained, yet still effective, approach to the moments of emotional potency.

"Giacchino has crafted an intelligent, nuanced score... while occasionally lacking cohesion on album, it accentuates its visual content."

If Michael Giacchino’s 2015 has taught me anything, it’s the importance of good professional connections. The prolific composer has now scored 4 big-budget films released this year, three of which were helmed by directors he’s previously collaborated with, while the fourth director (Jurassic World’s Colin Trevorrow) hired Giacchino after a recommendation from Tomorrowland director Brad Bird. See kids, even when you’re a well-off Oscar-winning composer, it still helps to know people!

His latest score is for Pixar’s Inside Out, directed by Pete Docter (Up, Monsters Inc.). Set mostly inside the head of Riley, a prepubescent girl, the film deals with the different emotions in her head as they try to help her cope with moving from Minnesota to San Francisco. The film has been overwhelmingly well received, with praise lent towards the pitch-perfect cast (Amy Poehler as the embodiment of Joy? Lewis Black as the voice of Anger?), the typically excellent animation, and a sharp, witty, yet emotional script that dragged-along parents may appreciate more than their kids.

Although Giacchino’s musical output this year has been widely praised in the film score world, the reception of the features they have accompanied has ranged from downright putrid (Jupiter Ascending), to iffy (Tomorrowland), to moderately positive (Jurassic World) to ecstatic (Inside Out), with only the latter two seeing any success at the box office, ironically while dueling one another week after week for the past month. Giacchino must look at the returns and think the inverse of the Alien vs. Predator tagline: whoever loses, I win.

Interestingly enough, the score for Inside Out has received the most lukewarm reception in the film music community, passed off by some as pleasant yet unexceptional, lightweight fare (though most scores would sound lightweight next to the orchestral bombast of Jurassic World and Jupiter Ascending). However, a less dense instrumental palette should not obscure the fact that Giacchino has crafted an intelligent, nuanced score, combining the best elements of sound design and leitmotivic writing into a package that, while occasionally lacking cohesion on album, accentuates its visual content.
Many of Giacchino’s animated scores are based in an easy-listening, jazzy style, and Inside Out continues this trend, the composer employing a variety of piano, plucked stringed instruments and unique percussive devices (of which I am not well-versed enough in to identify) to create the general texture. Additionally, a number of novelty instruments (and possibly sound effects) are used to maintain a faint ambiance. These sound design elements establish the setting of Riley’s mind in the same way the big band brass in The Incredibles and the accordion and other archetypal French voices in Ratatouille did.

Giacchino anchors the score around three main themes, each introduced in the three opening tracks. “Bundle of Joy” presents the motif for Poehler’s character, the first emotion Riley experiences upon her birth. Joy’s theme is a plucky, slightly naïve melody on piano that emerges from a haze of ethereal sound design, created by ambient strings and glass bowl effects, with soft guitar counterpoint. This theme is offered little opportunity for variation outside of the instruments it’s initially performed on, part a minor inversion and development in “Rainbow Flyer.” The second major theme is for Sadness, introduced at the outset of “Team Building” through a lumbering tuba solo, and it serves as one of the score’s strengths. Though this comedic incarnation appears but once more, Giacchino gently implies it with the same chord progression in “Down in the Dumps” and “Joy Turns to Sadness/A Growing Personality,” when Sadness shows how useful she can be. The third motif, a light waltzing tune, addresses Riley’s mind and its operations. First appearing in “Nomanisone Island/National Movers,” (Giacchino seems to have restrained himself quite a bit when it comes to the obnoxious cue puns this time around) the theme prances along when everything runs smoothly, and turns introspective when it doesn't.

Although these themes get evenly passed around for the first several cues, the film’s structure seems to hinder Giacchino’s thematic intentions. After a militaristic interlude in “Riled Up” that evokes The Incredibles, Giacchino abandons these three major themes for significant stretches to dedicate time towards creating thematic vignettes for various regions of the mind. Your mileage with the score on album will vary depending on your tolerance for obnoxiously upbeat themes that I can only describe as “kiddie” (“Chasing the Pink Elephant” and “Dream Productions”), and for cues that accentuate more surrealist moments of the film that evoke late-80s Danny Elfman that can only be described as “zany” (“Dream a Little Nightmare,” “Escaping the Subconscious,” and the brilliant “Abstract Thought”). Thematically, “Down in the Dumps” is the highlight of this middle section, opening with standard Giacchino action strings before a soft rendition of the Sadness chords cathartically develop into a less flighty rendition of Joy’s theme, foreshadowing the emotional climax in “Joy Turns to Sadness.” However, this middle section, while creative in its musical world-building, plays as tonal schizophrenia away from the film. The movie plows fertile ground for which Giacchino plants plenty of seeds, but one almost wishes for an unnecessary sequel so we can hear these seeds blossom into something greater.

The score’s narrative arc kicks into high gear with “We Can Still Stop Her,” when Riley’s emotional turmoil is expressed through an eighth note ostinato in an off-kilter 9/4, introduced on piano before it is further elaborated on with strings and the rest of the ensemble for a solid three minutes. After a somber iteration of the operation theme, soft and suspended in thick sound design ("Tears of Joy"), we arrive at “Rainbow Flyer,” one of the emotional peaks of the score. The cue energetically builds before a sudden silence at 1:14, out of which emerges a beautiful 3 note cycle, looping through an authentic cadence, iterating itself with more layers until it reaches a powerful climax. The motif appears only once prior to this instance (“Memory Lanes”), and then once again afterwards (“The Joy of Credits”), and whilst it bears resemblance to other “emotional” Giacchino themes, it remains aptly poignant on its own terms. It’s a damn shame it isn't used with more frequency in this score.

“Chasing Down Sadness” continues development of the Turmoil theme across the ensemble, with input from the winds, percussion, and something that sounds like an organ that can glissando (the first of many to imitate Hans Zimmer’s genius in Interstellar, I'm sure). “Joy Turns to Sadness/A Growing Personality” wraps the story together, delicately shifting from the minor key into Sadness’ chords (again invoking early Elfman, albeit his tender side this time sans children’s choir) and eventually into a flicker of hope that everything might turn out alright. After a moment, Joy’s theme reemerges in its fullest rendition before segueing into the waltzing operational theme once more to wrap up the film. The album concludes with “The Joy of Credits,” which assembles Joy’s theme, the operating motif, and a couple of minor themes from the middle section into a pleasant lounge-jazz suite. At the very end of the track is the Tripledent Gum jingle, a song used in a hilarious recurring gag throughout the film.

Inside Out is a well-tailored score to its film, in many ways serving as a continuation of Giacchino’s animation style as shown in Up, Ratatouille, and The Incredibles. Every moment fits the film with precision, throwing a strong emotional right hook when necessary, and playing dope-a-rope when the film needs something different. Without the film’s context, however, Inside Out becomes somewhat disjointed and schizophrenic in its middle passages. If you haven’t seen the film and are going to try the score on its own, 1) What’s your problem? It’s a great movie, go see it already! and 2) Be prepared for Giacchino to seemingly go off the rails with intelligently written but apparently superfluous music from time to time. You can purchase Inside Out on Amazon or iTunes, here and here.

Additional notes about release: Amazon's physical copy offers an additional track ('Lava'), which hails from the short film of the same name that accompanies screenings of Inside Out.