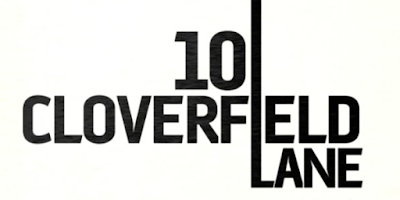 ____
Check it out... if you are intrigued by the promise of a horror score that successfully interpolates elements of Herrmann's old-school, acclaimed style, into an album laced with modern instrumentation and production

Skip it... if 63 minutes of tense, relentlessly atmospheric horror music sounds like too much for your palette
____ 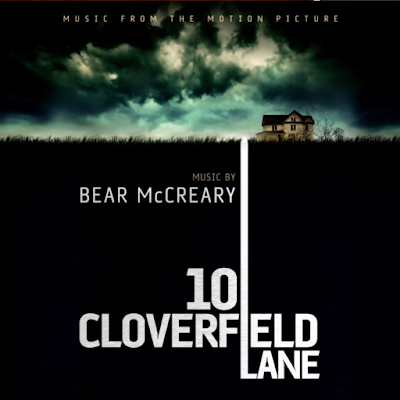 Bear McCreary continues to bedazzle fans with his latest release, for Dan Trachetenberg's internationally acclaimed horror film, 10 Cloverfield Lane. Filled to the brim with tension, the score offers a tremendously satisfying listen over the course of its sixty-three minute long duration. The horror tropes of days-gone-by are present here, but McCreary's own voice is clearly present, his more delicate musical methodology shining through during the album's quieter passages. It's a record that demonstrates action, apprehension, and a surprising dose of heart, with instrumental emphasis on shrill strings, meaty brass, and appropriately creepy flutes. 10 Cloverfield Lane is a joyous achievement for McCreary that will both terrify and excite listeners, thanks to its extensive range of emotions.

The film itself has been dubbed a psychological thriller, that presents its human antagonist as an unpredictable creature that threatens to unveil a barely concealed madness all throughout the feature's length. Due to this description, some pundits have referred to 10 Cloverfield Lane as a monster film that disguises its monster. McCreary's approach to the musical element draws comparison to fellow recent monster-hits, that include Fernando Velázquez' exceptional Crimson Peak, and Alexandre Desplat's exceptional Godzilla. The Godzilla parallel in particular feels especially warranted, McCreary's use of woodwind and stringed instruments proving reminiscent of Desplat's approach to the king of monsters. McCreary paints the soundscape of 10 Cloverfield Lane in a toxic, unrelenting anxiety that manifests from the first notes of the initial track; a wavering minor chord progression, performed on strings, opens up 'Michelle', and unsettles instantaneously. This six-minute long opener deftly balances both fear and a sense of questioning, never truly siding with one or the other. By the time 'The Concrete Cell' begins, we've endured a prolonged sense of instability that has been threatening to boil over since the beginning; it's not until 1:40 into this aforementioned track that we begin to become notified of anything definite. The strings rouse, building to a crescendo that develops into a major chord. It feels as if we're finally safe... right before McCreary drifts back into turmoil and darkness. This small transition offers us a minute form of respite, which makes the return to the minor chord all the more tragic and effective for the listener.

The breathless flutes that permeate the score offer a comparison to another fellow horror piece; this time, Jerry Goldsmith's iconic work for Alien. Alien, a notoriously restrained, minimalistic affair, made great use of slight woodwinds, melodic percussion, dissonant synthetics, and solo brass, to formulate an odd, disconcerting atmosphere. Whilst McCreary's work is comparatively larger in size, at its core, it still possesses that same, austere aural environment that makes Alien such an oddly engaging listen. Take for example the piece 'Two Stories'; the extensive reverb applied to the piano which introduces the track transforms the melody performed into something lonesome and desolate. The single instrument paints a gloomy image in the mind of the listener, and that's right before a foreboding string ensemble enters the fray. 'Message From Megan' presents an ominous flurry of flutes that hint towards a culmination, yet halt before they can progress too far, strengthening the budding suspense. In 'Up Above', hope is initially justified, a small group of stringed, woodwind, and synthetic instruments quietly establishing a semblance of peace. A juxtaposition is formed when a torrent of percussion and brass assaults the ears, undermining what serenity there briefly was. During these segments, where McCreary insistently shifts around the tone of his compositions, he seems to be toying with his audience, beckoning them closer, only to force them back with cold blasts of forceful noise. These sudden bursts don't feel as manipulative as the universally lampooned eruptions of noise that preside in lesser horror scores (these bursts usually accompany the "jump scare" horror cliche); instead, they feel calculated. McCreary is apt to foreshadow a shift to fortissimo, and thus, the listener will feel rewarded by the change in volume, as opposed to cheated.

Thematically, McCreary rewards his audience, his primary thematic identity, presumably for protagonist Michelle, receiving a plentiful amount of development over the course of the album. And of course, with regards to action and suspense, there is no lack of quality material here. Admittedly, the running time is somewhat arduous, and despite McCreary's best efforts, he sometimes repeats ideas at too high a frequency. But these are minor gripes, 10 Cloverfield Lane a mostly accomplished score that rarely ceases to entertain. At once a call-back to horror scoring's roots, and a bold step forward from the composer who penned it all, this album demands respect and attention, and will capture your appreciation for hours on end. McCreary seldom disappoints, and 10 Cloverfield Lane only reinforces this. You can purchase 10 Cloverfield Lane on Amazon or iTunes, here and here.

Additional notes about release: a physical release has not yet been announced by distributor, Sparks and Shadows.