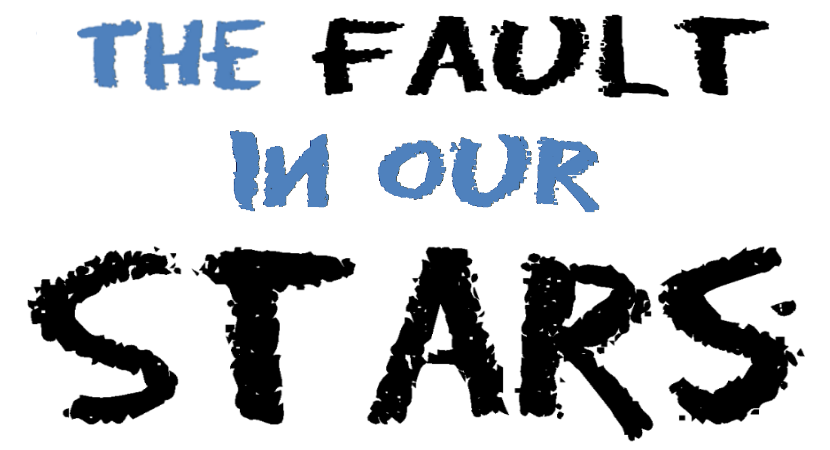 Check it out... if you're a fan of witty, tragic romance tales, that will no doubt jerk a tear from your eye at one point or another.

Skip it... if you want to find the realism and inventiveness that a film like (500) Days of Summer brought to the table, where cliches are almost non-existent, and the film screams reality.


"It's not nearly as beautiful as your teenage daughter would have you believe, though it is enjoyable, nonetheless."

The Fault In Our Stars is a film directed by Josh Boone, and stars Shailene Woodley, Ansel Elgort, William Defoe and Laura Dern, and is based on the novel by John Green of the same name. The film centres around Woodley's character, Hazel Grace Lancaster, an 16 year old girl whom has terminal thyroid cancer, who meets a young cancer survivor, Augustus Waters, who helps to expose her to love for the first time. Despite their ailments and disabilities, they help each other to seek happiness and fulfillment in their uncertain lives.

With the onslaught of teen romance book-to-film adaptations in the past decade or so, some would have you believe it was inevitable that such a novel as John Green's irresistible The Fault In Our Stars would be adapted to the big screen. It seemed quite a logical thing to do; the adaption would be relatively cheap to produce and make, though once released, teenage girls would flock to the theatres to relive one of their favourite and supposedly "original" books in a visual context. To further attract such a demographic as the insecure teenage girl, recent Divergent star Shailene Woodley was recruited for the main role, with Ansel Elgort, another Divergent star, recruited for the love interest. Add to these major draw-cards with two fantastic screenwriters in Scott Neustadter and Michael H. Weber, whom have written the screenplays for brilliant films like The Spectacular Now and my favourite romantic comedy of all time, (500) Days of Summer, and take a capable yet faulted director in Josh Boone, and you should have a recipe for success; certainly on a financial level. And that would happen to be the case, in fact, seeing as the film has grossed $132 million worldwide, 3 weeks after it's initial international release. With generally positive reviews all round, is The Fault In Our Stars all that it's pumped up to be? Or is it simply the teenage girl hype train that has surrounded this film and made it into the critical and box office success it has become? Let us explore Josh Boone's The Fault In Our Stars.

Despite Woodley's charismatic performance, this film ultimately falls upon the shoulders of Elgort who gives a charming and hilarious performance. His character's wit and likability is not undermined by our resentment towards overconfidence, which he sports in spades, and so he remains a sensationally vibrant and constantly reinvigorating character in such a peaceful and quiet film. Woodley's performance should not be shunned though; despite the wreck that was Divergent, fault should not and could not be balanced upon her shoulders, thanks to her amiable and determined performance. The same is evident here, for Woodley provides our eyes and ears into this story of what seems like mismatched love at first with incredible ease. She seems perfectly at home in her role, inhabiting Hazel Grace Lancaster to the finest. Uptight to begin with, she manages to convince us of an even and understandable progression to comfort between herself and Augustus Waters, Elgort's character. Both have relatively immaculate chemistry with each other, bouncing off the other person's comments and statements with practiced ease; it seemed like natural dialogue floating off their tongues. More often than not, the problem with book-to-film adaptations, especially in the context of a young adult novel, is the fact that the dialogue simply doesn't render well spilling out from the mouths of actual, live human beings. Fortunately for the fans of the book, much of the dialogue from the paper of John Green's work has been worked into this story with great case and precision, and so credit is deserved for our two screenwriters, Scott Neustadter and Michael H. Weber, whom both have penned some outstanding pieces of work in the past. Whilst this is arguably some of their least impressive work, their screenplay is still undeniably sentimental, as well as charming. Their adaption of the dialogue and material from the novel is impressive, though faulted.

Alongside Woodley and Elgort, the ensemble ranges from distinct and often likable personalities like William Defoe, as well as lesser known performers like Nat Wolff; the combination of both older and younger actors and actresses is vast and great. Not a single remarkably poor performance is to be found among the ensemble, which is a fantastic sign. Certain praise should be dealt out to William Defoe for his rather despicable performance that proved to be the stand out of the film, and Laura Dern, for her emotionally effective performance as Hazel's mother. Josh Boone, the director of the film, has managed to collate these actors and actresses together well, though still keeps at focusing on our two leads, who are undoubtedly the key to what makes this film so enticing. Boone's subtle camera work during the lead's dialogue makes these scenes ever the more real and genuine, allowing us to focus on the character's and their plights ever the more directly. Alongside Boone's technical restraint, though, lies one of my key faults with this film; it's often clunky and awkward soundtrack. No, not the instrumental score, composed by Mike Mogis and Nate Walcott, but the soundtrack, full of pop-rock songs. The implementation of pop music into the film feels out of place, and often renders some of the more emotionally satisfying and tender scenes laughably out of tone. A sudden twist leaves us speechless, tears conjuring willfully, though suddenly Boone and his sound mixers decide the time is ripe for some unnecessary pop music from Ed Sheeran and the like. I understand a soundtrack is so very compulsory for a tragic teen romance film as this, though possibly the selection of songs could have been a little more aptly suited to the tone of the film in hand. Just some thoughts.

However poor the sound mixers on hand were, The Fault In Our Stars still manages to capture me in it's romance, and so in a very major way, it has achieved the promise of engrossing you in the main character's love for each other. Despite my thoughts that romanticizing cancer shouldn't be something Hollywood attempts on a common basis, The Fault In Our Stars manages to handle both the romantic element of the film with careful precision, alongside the more serious and sinister medical fears and worries. The metaphors are certainly heavy-handed here, though maybe that is for the best; death is such a strange and uncertain thing for our two protagonists, as they discuss in depth at various portions throughout the film, and so metaphors allow them both to seemingly hide from their looming and inevitable dooms. Both have/had cancer, and deal with the consequences of such a thing in a very peaceful and mature manner, which seems to precede their years. Both characters have incredibly witty tendencies, and often make subtle but intelligent jokes; both have personalities which you can respect and enjoy watching. These are two characters, whose romance with each other I believe in and wish to see grow, despite the short time it takes for it all to blossom. In all reality, the love between the two main characters seems to evolve in a seemingly unparalleled amount of time; within a few weeks, maybe a month or so at most, these people are willing to do quite extreme and involving things with each other. Yes, their relationship appears to be "Love at first sight," though this isn't as cliched and cringe-worthy as you may imagine. Again, the dialogue and performances reign in any uncertainty you may have about the characters and their quickly developing underlying feelings for each other.

When the twists come together, and the film climaxes to deliver it's fatal, tear-jerking punch, The Fault In Our Stars does become emotionally significant. Whilst no, getting me to cry is not an instant winner (though it often is, now that I think about it; look at Saving Private Ryan, About Time and End of Watch, for example), the film does earn some points for capitalizing on my love for the characters whom I had unknowingly become quite attached to. By the end of the film, yes, I had broken down once; the film did take a few twists and turns which took me by surprise, and the character's undertook some dreadfully devastating actions. Yet despite this all, I felt that the ending wasn't nearly as satisfying as I'd wished it to be. Despite all the difficulties and increasingly sad moments that the final half an hour of the film sported, the ending resolution felt like a bit of a cheap high note, and was slightly unexpected, in a poor way. Nonetheless, the film did have me breaking down, as a few of my friends had urged me it would, and so credit is due where credit is due; not every film can have me conjuring up tears in earnest.

The Fault In Our Stars is not nearly as beautiful as your teenage daughter would have you believe, though it is enjoyable, nonetheless. It's not the game-changing film in the romance genre, nor is it the most genuine attempt at romance, comedy, etc. Yet still, it is a heartfelt tale that paces along, for the most part, well. The romance feels hastily brought together, the soundtrack is poor, and the cliches can be found; sparingly, though they still exist. Despite this, Woodley and Elgort's charismatic and endearing chemistry is a joy to watch, and can make up for most of the technical problems you may encounter within the film. The score is slow and subtle, as befits a film which aims at tugging at your heart strings, the direction is quiet, and the dialogue is interesting and non-repetitive. If you've got some free time on the weekend, and wish to indulge yourself in something sweet, albeit often quick to the point, The Fault In Our Stars is a good place to start. The Fault In Our Stars is playing at theatres everywhere.