Check it out... if you're looking for a brutal, unforgiving, and often harsh Viking score, which seems to reflect the Scandinavian influence fairly well.

Skip it... if you're looking for a thoroughly enjoyable album, with accessible and fun thematic material, battle cues, and emotional prowess, for Morris provides little to naught to any of that. 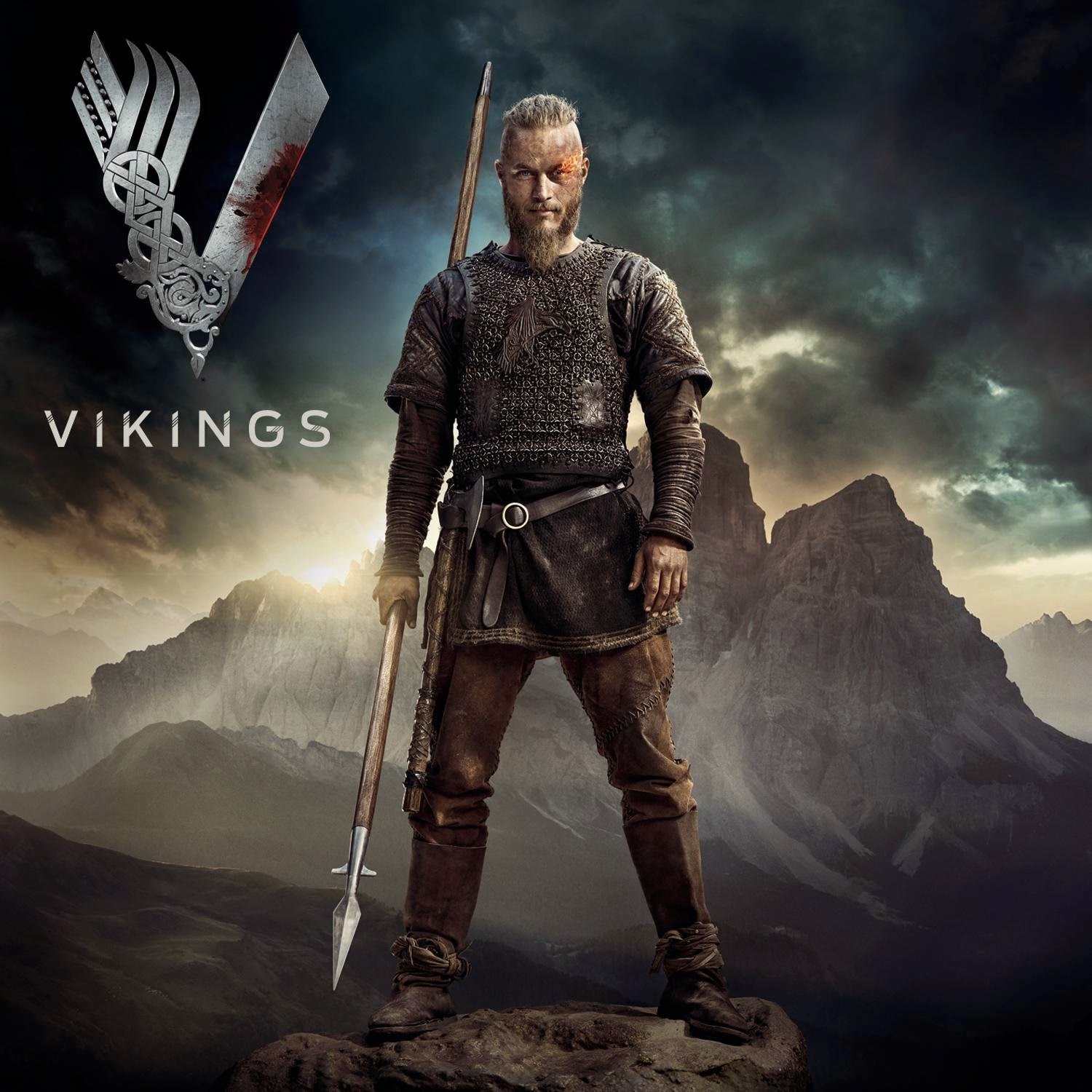 With impressive first Season ratings, it was near inevitable that a show such as The Vikings would be renewed for at least another Season or 2. A historical drama with an abundance of action, such a television show drew large crowds from the American audience and beyond, thanks to some impressive performances, splendid costume design, and an engaging and enthralling story. Season 2 continues where the prior Season left off, with the audience continuing to follow Ragnar Lothbrok, whom is still insistent on conquering and travelling to faraway lands. With more and more enemies arriving at his doorstep this year than ever before, Ragnar must defend himself and his people as an Earl, and continue to discover what land exists beyond Scandinavia. Thanks to some decent reception for his Season 1 score, which turned out as a solid listening experience, Trevor Morris has been called back to pen the score for the second Season, and thanks to the conclusion of the Season, the score has been released to the public quite recently. In between a hectic exam schedule that has left me little time this week, I managed to sit down and listen to this second score in the franchise. So, what do my thoughts entail? Does Trevor Morris deliver another decent, acceptable score, or do things go down hill within the next installment into the series? Allow us to explore into The Vikings: Season 2!

Firstly, the biggest positive I can accredit this score; it provides the same Scandinavian tone that the prior score in the series established. With more focus on brutal, slow and mesmerising percussion, as well as violins and cellos, the score prevails where it comes to influence and sound relations. The battle cues are not nearly the glorious, orchestral grandeur we are normally so accustomed to in this kind of environment and time, and the tone is suitably sombre. Ultimately, though, it's most impressive factor could also be accredited as it's biggest failure. No one should be able to doubt that Morris has captured the Nordic tone that most expect of such an environment as Scandinavia (though, technically, Scandinavia is not actually a Nordic country; just more so associated with this description because of how close set it is to the actual Nordic countries), though in doing so, he has rendered a brutal score that is unforgiving in it's synthetic approach. The emphasis on the electronic component of the score is far greater than it was in the prior score, and due to Morris' lack of energy or pace in a vast majority of the running time, this leaves us with a score which is devoid of heart, soul, or even excitement. In a show which does place a lot of time and budget into expansive and impressive action scenes, which do try to take a realistic look and feel, you'd expect battle cues of high majesty and intensity. With the abnormal amount of unnecessary synthetic music Morris believes is reasonable, some cues, most notably action pieces, become even unbearable to the point where the volume needs to be put down extensively, and a break is required. Season 1's instrumentation felt a lot more orchestrally-bound; here, Morris attempts to expand with an onslaught of electronic "music", which does nothing but deter me from future listens.

The genuine instrumentation, whilst few and far between, is there, though it is only really composed of percussion and stringed instruments. You'll be fairly hard pressed to find any flutes, oboes, clarinets; any woodwind instruments what so ever. Brass is quite rare, but is still noticeable here and there. Nonetheless, Morris' choice of legitimate instrumentation is puzzling, for sure. Whilst the strings do allow for a break up in the self indulgent artificial portions of the score, they aren't nearly as prominent as I'd hoped would be the case. Instead, timpani's are on show for the most part, making for a constantly aggressive and heartless effort. Whereas subtlety and restraint would have benefited the score greatly, Morris instead takes the route of aimlessly thumping us over the head with irritating, boring and non-energetic percussion riffs. This is nothing new or exciting! Does it really take that long to pen some thematic material that has a little bit of genuine heart and soul? Talking about thematic material, I simply can't recall a single theme from the entire album. If it wasn't for the track titles, I'd be aimlessly lost as to what cue represented what event/character/location. Does this leave any appeal towards replay-ability? Most certainly not! There's nothing here I would willingly return to, to experience another time. It's unremarkable, often irritating material that Morris has showered us with, that provides few stand out moments.

In comparison with the first score, Season 2 fails on many levels. The use of percussion, as I've previously made note of, is quite self indulgent and unpleasant, especially when compared to the first Season's more refrained efforts in this area. The first Season's score felt somewhat fresh, whereas this effort feels like a recycling of the previous scores material, though downgraded significantly in technical prowess, originality (obviously!) and ingenuity. How many Scandinavian-based scores have I listened to in the past 6 months? I can't specifically reference any, at all. Morris explored the culture, the environment that was on show within the first Season, and provided a score that reflected the world into which we were exploring. Season 2 feels like a rehashed version of the prior score, with more synthetic components, a lack of fresh and notable themes, and an absence of any memorable material at all. Whilst it does reflect the brutality of the time, and the constantly aggressive climate of the locations, it doesn't serve as a good listening experience, with any decent written music to it's name. If you want a viking score, pre-order How to Train Your Dragon 2. It'll probably serve you better in the long term. You can purchase The Vikings: Season 2 on iTunes here.

Note: I'm changing my Junkie Score system to reflect the system I use for films; my 10/10 decimal system. I won't be going back over my previous score reviews and changing all the scores; laziness is my forte.