This second installment into my 1st Quarter Wrap-Up segment features a few lesser known titles, alongside some more prolific releases as of recently. Reviews for Insurgent, SpongeBob: Sponge Out of Water, Gunman and The Last Man on the Moon shall be released in the subsequent weeks. Enjoy!

Check it out... if you appreciate a sentimentally-accessible Lorne Balfe effort that dwells on the impact of war to an acceptable standard

Skip it... if you expect a subtle and restrained, evocative affair, Above and Beyond often disappointing due to its overbearing tendencies 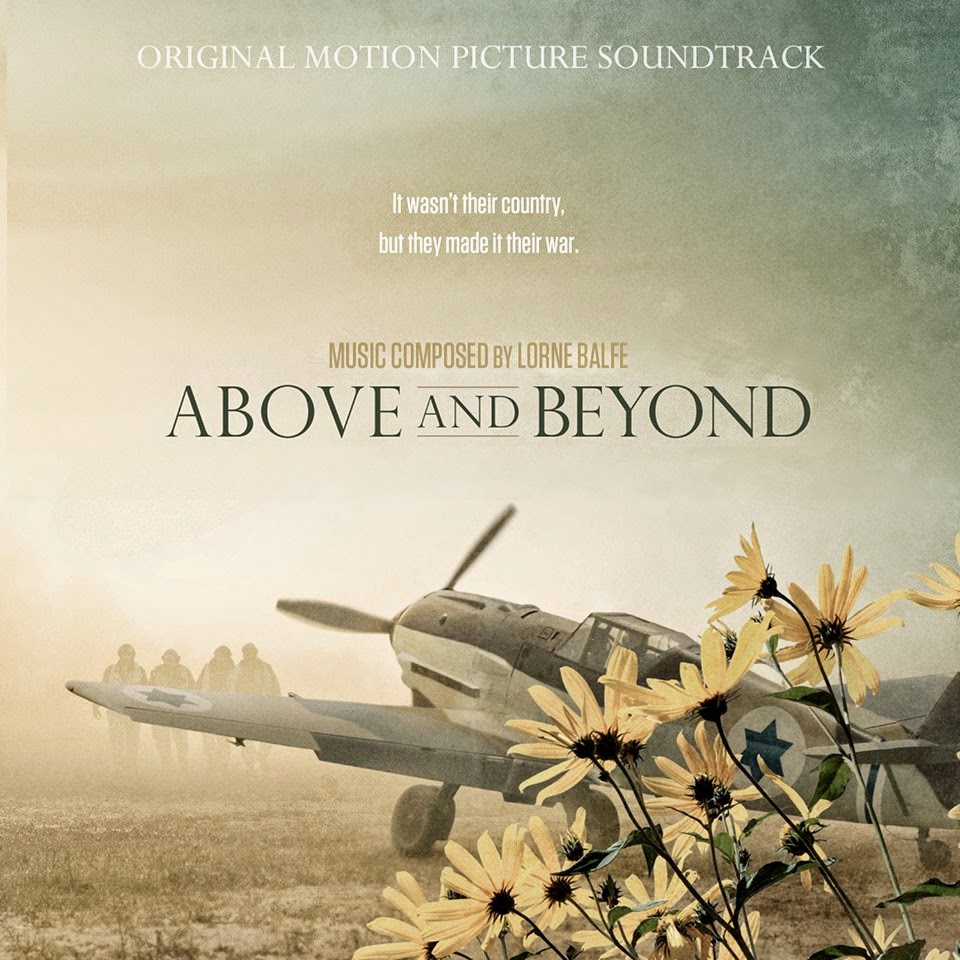 Lorne Balfe's most archetypal methodology propensities return to glorious fashion within Above and Beyond, a disappointing yet somewhat satisfying album that features slightly too many over-indulgent clarinets to call conventionally pleasant. Composing for a documentary centering around a group of World War II pilots volunteering to fight for Israel in the War for Independence, Balfe treads the fine line between sentimentality and intensity, providing results which never startle one nor contain anything of overt virtuosity, but nonetheless remain interesting and full of development. The central leitmotif incorporated is cemented within the opening 'Hatikvah', and presents itself as a six-note adagio ascension. Balfe's tendency to over-enunciate certain sounds and instruments with an underlying synthetic ambiance does affect certain instances, much in the way Zimmer's more romantic of concepts were often accompanied by a layered atmosphere within The Amazing Spider-Man 2. It's not that it feels tacky, just perhaps excessive. Balfe and his collaborators at Remote Control Productions need to abstain from over-producing their works, and instead focusing on riding the innate emotion contained within their initial compositions. Above and Beyond's more pronounced instances also seem to underwhelm in their eventual promise, though it's when Balfe concentrates on evocation and providing sentimental emphasis that his work shines. The final few cues on the card ('A Nation', 'Their War' and 'Above and Beyond') all stun with the concentrated progression. The latter-most and titular piece is a stunning representation of his capabilities, the flowing, legato-like violin and woodwind sections presenting a strong opening, before Balfe adapts the cue's main theme for a sublime key change and a glorious brass-led finale. Moments like these illustrate Balfe's capabilities in a situation where he is allowed tonal freedom, his trepid beginnings making way for a tantalizing ending. Portions of the middle section of the score underwhelm, but cues as of those which were just mentioned, as well as the brilliant 'Taking Off' and 'Sorrow', provide enough variety and emotional significance to impress. 6.4

Check it out... if you appreciate the technical competence of Thomas Newman's usual fare, as this release features as much of the recording proficiency and instrumental intelligence as one expects from this composer

Skip it... if you Newman at his least experimental, his tamest inclinations returning to the forefront for this underwhelming and emotionally vacant score 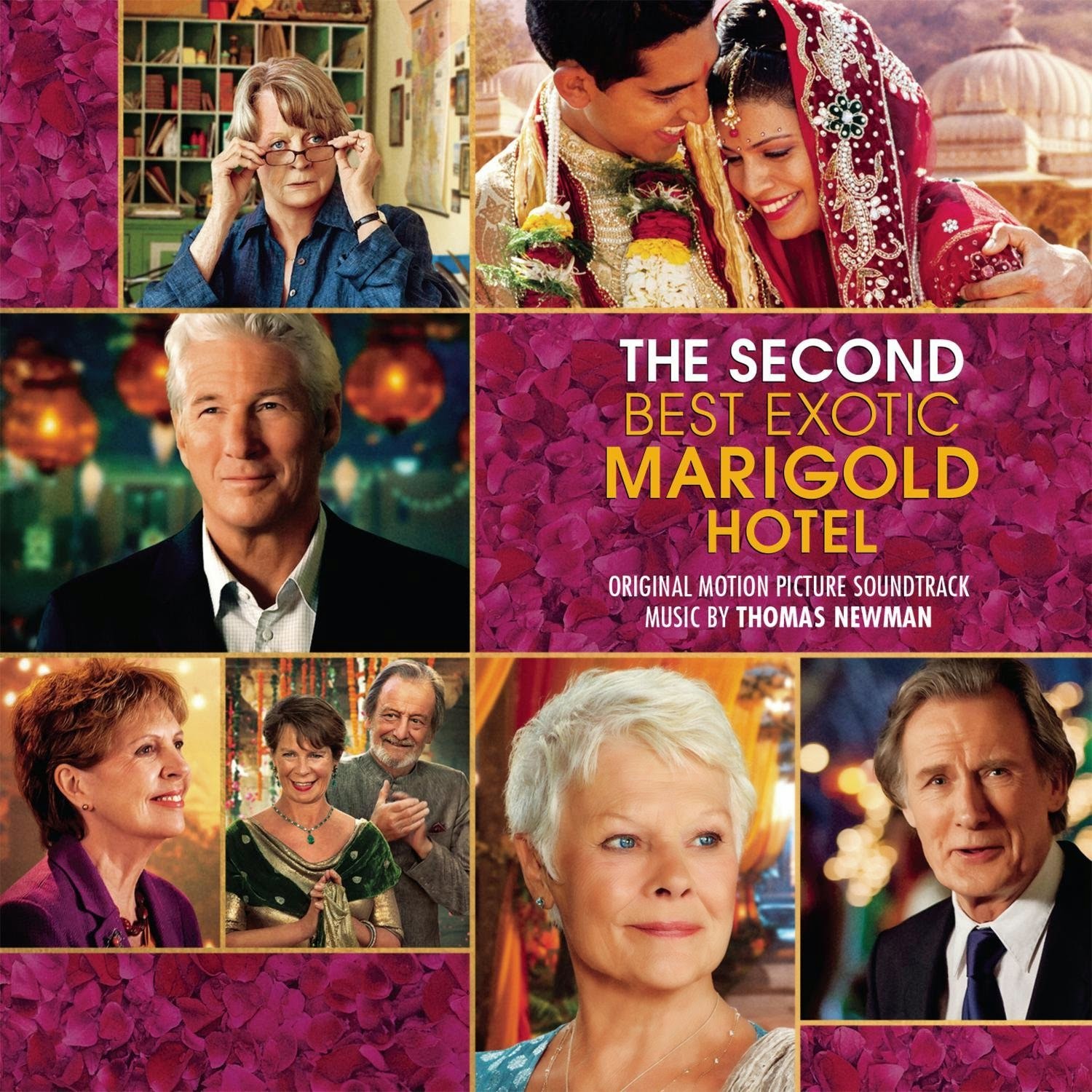 Much like the motion picture it resides over, Thomas Newman's score to The Second Best Exotic Marigold Hotel is the epitome of standardized composition; paced and executed with as much technical finesse as is warranted, but yet still remaining distant. Its array of colours and variety are often well-executed, but one has to reprimand an effort which provokes little-to-no emotion whatsoever. Newman is chastised constantly by a portion of the scoring community for his recent lack of evocation, his inability to provide anything particularly revolutionary a consistent drawback to any of his works. Acclamation of a solid mix and impressive instrumentation can only go so far, the lack of any truly memorable or defining thematic concepts proving highly detrimental for a casual listener's enjoyment. Every piece feels like its own separate exploit, with little to tie it all together. The one hour length also feels excessive, the score dragging in certain portions, containing little nuance to carry one's interests along. The album also includes one of the songs utilized as a dance track for a number of dancing sequences throughout the film, 'Ye Ishq Hai' by Shreya Ghosal. It is a vapid, boring and repetitive effort, despite it featuring individual moments of respectable vocal capacity from Ghosal. Its nearly four minute length is painful, and I would heavily suggest skipping the track. Admittedly, the score's effectiveness in context is worthy of admission, but there isn't any jaw-dropping moment of either emotional empowerment, nor grandeur. It's all really quite tame. If you enjoy Thomas Newman at his most trepid, then perhaps this is for you. 4.6

Check it out... if you seek a percussion-based, somewhat varied effort that contains a reasonable amount of sentimentally-charged material

Skip it... if you desire a score that is mixed competently or contains subtlety in its most underplayed instances, both characteristics questionably absent within this release 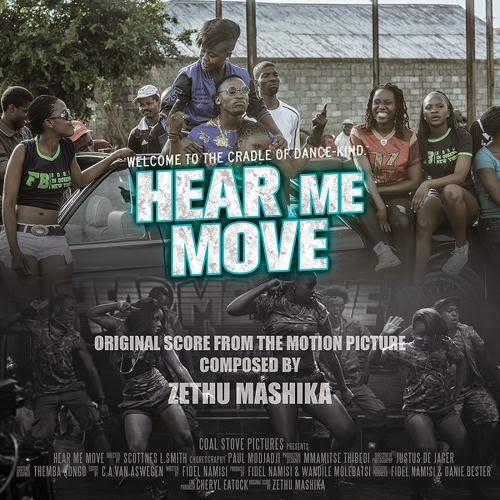 Little known composer Zethu Mashika's work on Hear Me Move is an interesting concoction, littered with both aesthetically appreciable inclusions, alongside technically inept instances. Emotionally, it's most certainly adequate, enunciating the sought after South African vibe with great promise. There are situations where it repeats endlessly, forming derivative patterns that are all too common and familiar; add to this an overbearing reliance on ambiance at certain points and a variety of synthetic incorporations which feel lackluster in impact, and you have a mixed result. That said, Mashika's assortment of instrumentation that he employs to achieve an emotional connection resonates well, and his ritmico approach to the percussion, articulating the snare, bass drums and synthetic beats most prominently, elevates some cues to a pleasant standard. Restraint is not utilised to its fullest extent in this context, and so despite some intelligent composition, the recording and mixing degrade the content significantly at certain points. 'The Tape' is a prime example, the oppressive electronic presence pulsing above and obscuring an enjoyable rhythmic and meter-styled percussion array. There is great promise in his style, and his loud work specifically in the bass region of the mix does come off as somewhat enjoyable, but his utilization of post-production reverb sometimes feels gimmicky, and the music oft-times possesses a "fake" quality to it. Perhaps it is condensed slightly too much for my taste. 'No Control' features an example of such, the piano not equalized to an acceptable degree, leaving it to overpower every other instrument in its wake. Enjoyable individual moments provoke some enjoyment, but the sound is not continuous enough, nor does Mashika ever take overt advantage of moderation for evocative purposes. An amiable but disappointing result, though worthy of study solely for the percussion sections. 5.2 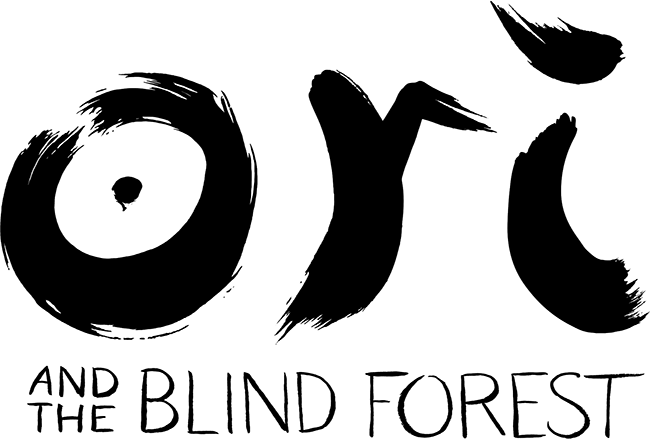 Check it out... if you possess a love for last year's Child of Light, the same brand of emotionally-charged vibrance, instrumental grandeur and fluent composition present here

Skip it... if an album which drags on for what could be considered an excessive quantity of time is a deal-breaker for you, despite the quality of the content within, Ori and the Blind Forest feeling its extensive length 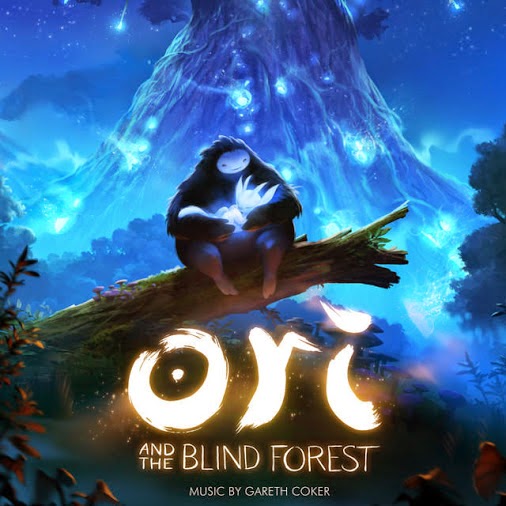 Ori and the Blind Forest, whilst not nearly as accomplished, is highly comparable to last year's Child of Light, composed by Coeur de Pirate. Both feature stunning orchestration and recordings which delve into magical and artistically-individual worlds, and accentuate emotion before anything else. Both possess a wide variety of instrumentation and thematic material, and both (mostly) excel in terms of their stunning mixes. Whilst Child of Light affected me more personally, Ori's grandeur and lavish sentimentality evokes some of the most vivid imagery of the year to date. Whilst having not played the video game it serves as a counterpart for, I feel as if I have ventured alongside the protagonist Ori all the same. Composer Gareth Coker both captures the intimate character-based drama, whilst also exploring the far-reaching and large world he has been gifted a canvas for. Gorgeous piano melodies, flourishing and arioso clarinet and flute passages, triste and enchanting strings; the list for magnificent instrumental decisions goes on. The mixing is sometimes slightly too condensed (especially when one compares both Ori and Child of Light back to back, the latter possessing a "free-like" sound that Ori somewhat lacks during certain intervals), but Coker's compositional prowess renders this fault minuscule in comparison to the rest of the work. Coker is willing to refrain from overworking his material, allowing the writing to speak for itself, but his most transcendent work comes during sequences of overlaying components: pianos and woodwinds forming the melody, whilst the cellos remain in the rear, establishing an underlying bass-ambiance that never overpowers that of which is at the forefront. Ori doesn't quite achieve the blissful euphoria that Child of Light managed to attain, but it comes close during various periods. It's also paced poorly and proves slightly too long for my tastes, its hour and a half length requiring extensive cuts (perhaps fifteen minutes or so would tighten it up accordingly). All the same, this is a rousing and gloriously detailed work that affects as it was intended to do. Magnificent! 8.1