Skip it... if you require a level of substantial diversity from your action releases, Kingsman: The Secret Service an appreciable but marginally faulted effort in regards to originality and imagination 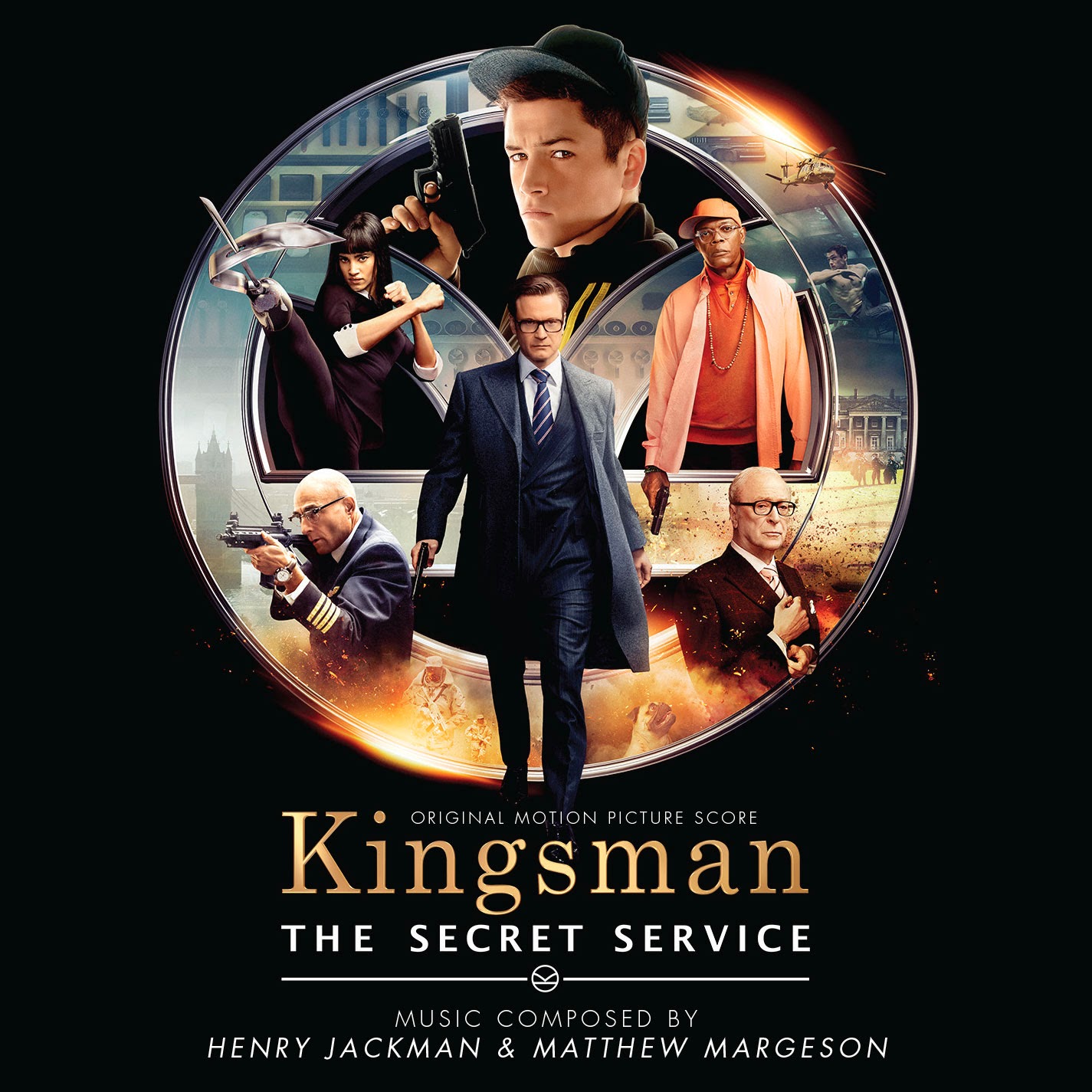 "It's a widely formulaic effort, but contains enough avidity in its indepedent components to impress upon any given individual."

Despite an underwhelming marketing campaign, Matthew Vaughn's (Kick-Ass, X-Men: First Class) latest directorial escapade received an enviable quantity of both critical and public commendation, the bombast effort resonating with the typical blockbuster market. The comical tone of Kingsman: The Secret Service itself seems to be major attraction, the film accredited with being an extremely entertaining hybrid between an indulgent action picture and a satire on the current state of both comic-book films, major blockbusters and general mainstream cinematic conventions, Vaughn masterfully combining numerous tones to provide a varied and enthralling experience. Your intrepid writer ventured out to view it in all its glory upon release a number of weeks ago (right before he endured the gloriously mediocre Fifty Shades of Grey), and I can safely ensure one that Kingsman is both one of Vaughn's most energetic, intelligent, self-reverential and fun features since his exponentially impressive and sporadic superhero-comedy Kick-Ass, released in 2010. Accompanying the film in the musical sense, in much the same shamelessly accessible fashion as its visual counterpart, is Henry Jackman and additional music composer Matthew Margeson's score to the work, Jackson in particular continuing his slew of collaborations with Vaughn since the aforementioned Kick-Ass.

The work the two supplied is highly comparable to Lorne Balfe's work on the recently released The Penguins of Madagascar (a score which was nominated in both the "Best Comedy Score" and "Best Animation Score" categories for the Entertainment Junkie 2014 Awards); it lacks distinctness in its general execution and composition, but remains justly recommendable due to its sheer gusto and self-deprecating tone. That said, Balfe's work is far superior, containing a more versatile and rambunctious central leitmotif, a preferably refined recording and greater complexity. All the same, Kingsman does triumph on its own terms, never exceeding nor underwhelming preconceived expectations by the listener in its most vivid duration. It's a widely formulaic effort, but contains enough avidity in its independent components to impress upon any given individual. Jackman extends his assemblage of formidable releases following the tragedy that was Captain America: The Winter Soldier; both Big Hero 6 and The Interview were received with admirably positive reactions (the latter I am yet to listen to), and Kingsman has too seen a laudable response from the various scoring critics that litter the Internet in the present. Whilst lacking some of the lavish celerity and exuberance that one could find within the surprisingly tactile Big Hero 6, Kingsman manages to impart a sense of genuine accomplishment from the two composers at the mantle.

Where many shall find solace in the warm embrace of the work is with its central thematic material, what many consider the most entrancing topic of conversation in regards to any given Jackman work (The Winter Soldier's theme may have been a refutable, repulsive, distressing and unintelligible concoction, but it's hard to deny that it got many discussing it for being as so). Kingsman possesses a major leitmotif, introduced initially during the opening cue 'Manners Maketh Man', for the entire escapade that contains as much predictability as it does ambidexterity; utilised in all manners of situations, Jackman and Margeson implement this concept, most commonly performed with brass instrumentation, consistently to great reaction. The style is very obviously reminiscent of a classic James Bond-styled phrase, so for fans of such a concept (basically, if you were supportive of the central concept utilised within Balfe's aforementioned The Penguins of Madagascar), this shan't prove cumbersome, but likely nostalgic. Its lack of peculiarity may prove troublesome for numerous listeners, but for this individual, this component remains the only discernible negative in regards to this central theme.

Where many shall draw criticism, as has been made relatively clear within the preceding paragraphs, is the distinct absence in regards to originality presented by Jackman and his collaborator. Kingsman may remain entertaining throughout its duration, but when one feels it more fitting to return to a David Arnold iteration into the Bond series or a Thomas Newman album when he's at his more stylistically accomplished, you may possess a number of key concerns. Such as is with this album, which lacks an individuality that I'm certain Jackman could be capable of producing. Modern compositions within this genre appear to consistently be drawn towards the rehash of older, more dexterous releases by more exceptionally talented writers, and this proves severely detrimental to virtually any and all works containing of such. Kingsman doesn't contain enough abnormalities in its entirety to separate itself from comparisons to any other scores of a similar nature, and this lessens both the replay-value and my general consensus. There are brief instances where the score feels less conventional and more nostalgic in presentation, and in these rare occasions, Kingsman proves triumphant. But its origins are too blatantly obvious, and it sacrifices invention and ambition for genericisms that do, unfortunately, bode relatively poorly with a listener.

Where Kingsman finds its footing is with its immensely engaging action sequences, particularly those found within 'Skydiving' and 'Calculated Infiltration', both pieces which exude confidence, tension and vibrance. The orchestration is bold, the writing is intricate and delicately balances both the central thematic concept and that which represents the primary protagonist of the escapade, Eggsy (what is initially a piano melody provoked within 'The Medallion'). It's a showcase for Jackman's compositional capacity, his ability to evoke meaningful and provocative action and drama a highly appreciated feature in this otherwise less-than-remarkable release. These action segments are both full of enough tonal consistency to fit into the context of the established sound, but are diverse and frenetic enough to stand out as particularly applaudable highlights that deserve your commendation for their fluency, ingeniousness and sheer bravado.

The score encounters other detractors in regards to its disappointing villain theme, presented within 'Valentine' on the preliminary outing, and then during 'Drinks With Valentine', 'Shame We Had To Grow Up', 'Curious Scars and Implants' and 'Hand on the Machine' subsequently. The electronic dabblings are far closer to the standard set by Jackman's efforts within The Winter Soldier than this present inclusion to his discography, and it's a disappointing leitmotif. The strong electronic pulsing, containing no personality nor atmosphere, matched with a Japanese-styled shrill flute addition, does not harbour the same self-referential and deprecating fashion of the rest of the album, and remains a sore-point throughout the duration. All these negatives aside though, Kingsman is still a reasonably competent, entertaining affair (which sounds like the complete opposite of my comments up to this point). The recording quality may sound cheaper than one would desire; the compression and equalization dabbled into slightly too much for my taste, but the performance from the symphony orchestra on offer is impressive enough to make up for any perceived faults. The general enthusiasm that is so clearly evident within does make it difficult to fault as a listening experience, and the purchase of such an album will only meet approval from a casual listener, the easily comprehensible writing proving amusing at the very least. So despite my quarrels with the lack of substantiation in its references and its disappointingly vague, lifeless villain thematic concept, Kingsman remains a crowd-pleasing effort that presents an adequate amount of technical bombast to warrant approval from even the most cynical or sardonic of individuals. You can purchase Kingsman: The Secret Service on Amazon or iTunes, here and here.

Additional Notes About Release: The CD copy features three supplementary cues unavailable on any of the digital downloads.
Posted by TheHof125 at 04:08