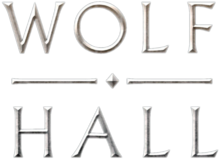 Check it out... if you seek a Gothic-flavored work reminiscent of last year's Penny Dreadful, strings and pianos once again controlling the direction of the composition in dark and harrowing forms

Skip it... if you're not one to partake in solo extravaganzas, much of Wolf Hall dedicated to developing cadenza-styled passages that feel fragmented in contrast to the rest of the album 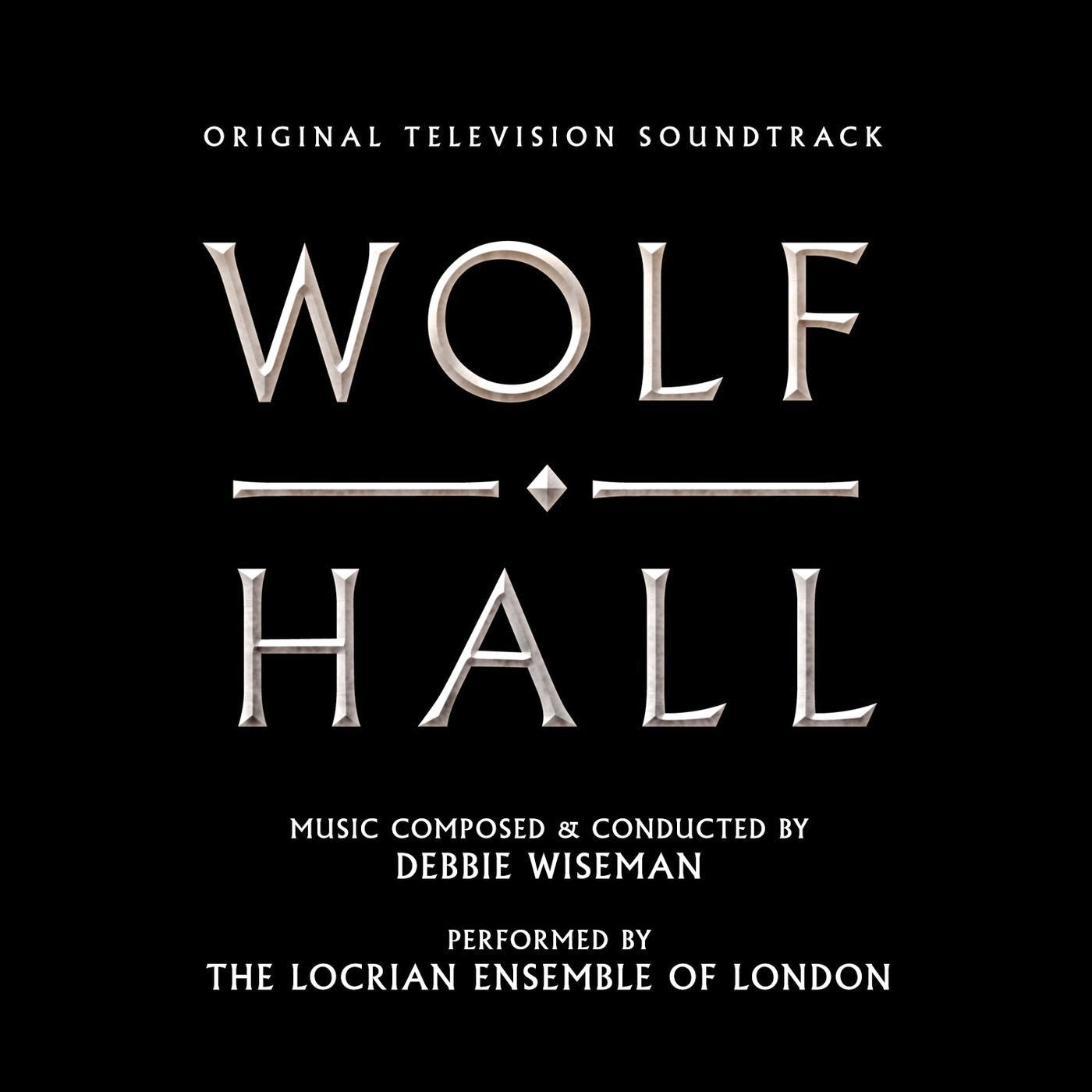 "It's a performance-orientated work that often relies on its individual counterpoints to provide satisfaction, and satisfaction it (mostly) delivers."

Received with near-universal appraisal from critics everywhere, Wolf Hall details the story of Thomas Cromwell's ascent to the higher stages of the British monarchy during the reign of King Henry VIII; the man who created the controversial Church of England to allow himself annulment from his incipient, childless marriage. Directed by Peter Kosminsky, the television series was initially a major success for BBC Two, the ratings for the show reaching impeccable levels during the first few weeks, before plummeting drastically due to a public outcry against the slow pacing. Despite the genre of which the series presides within, this perceived fault has muddled many viewer's thoughts on the work, and so regardless of the widespread acclaim heralded by the critical circles, many estimate that a second season is not with likelihood, to the dismay of fans. Composing the music for the series is Debbie Wiseman, a woman most famous for her work in regards to 2009's Lesbian Vampire Killers. Her television discography features a number of commended releases, and Wolf Hall serves as her latest, garnering an enviable array of praise from listeners abound. Her intentions for the series are bold and thematically adept, and due to such have captured the attention of the mainstream, Wolf Hall serving as perhaps her most prolific release in numerous years. Thanks to the gothic arrangements and the tonal consistency, it also serves as one of her most easily accessible, if not the most compositionally diverse nor inventive.

This collaboration between Wiseman and Kosminsky serves as their sixth and it shows, Wolf Hall coming across as a comfortable effort that treads little into treacherous waters, both instrumentally, compositionally and in terms of mixing. It's a performance-orientated work that often relies on its individual counterpoints to provide satisfaction, and satisfaction it (mostly) delivers. A finely-tuned concoction, Wolf Hall immediately announces its brooding yet bouncy tone with the the titular 'Wolf Hall', which introduces the series' central thematic concept; a string quintet is employed to deliver a ritmico avidity, a light pizzicato-focused force driving the piece forth. It never truly picks up to provide any resounding sense of size nor accomplishment, and the four note primary leitmotif that presents itself on the violin (over the top of the cellos and violas) isn't all that engaging to behold. That said, the piece shines as the underlying instrumentation begins to crescendo towards the finale, and the percussion makes its presence more obvious within the latter half of the duration. The more blatant string work finds disparity within the subsequent offering, 'Beginnings', which features more obscure thematic ideas, as well as a number of delightfully wicked vocal passages from the male choir present. The darker quality to the music benefits the score greatly, the mood fitting the style that Wiseman sets out from the onset to enunciate.

An irritating clarinet melody enters the fray prominently within the latter third of 'Prophecies and Dreams' and the opening half of 'Devil's Spit', and almost seems to seek to undermine the gravity of many of the pivotal moments conceived, as it sounds somewhat juvenile in its incorporations. The clarinet also appears in the hindmost cue to deliver the central motif to displeasing effect. This form of instrumentation intrudes constantly throughout the album, and becoming irritated with its implementation is almost guaranteed. As a contrast to this overbearing manifestation we receive several absolutely gorgeous violin/viola string deviations that run rampant throughout, their laid-back and plodding personality fitting comfortably into the rest of the score. A tragic piano solo is delivered within 'Forgive Me' to a gorgeous result; whilst the emotion Wiseman is so clearly attempting to evoke is not wholly felt, one can appreciate the technical aptitude of the piece.

These solo portions are a constant within, Wolf Hall sometimes coming across an extended cadenza for numerous instrumentalists to exhibit their prowess as talented musicians. There are certainly impressive instances where this style of composition benefits the work, but in many instances, it lacks a drive or direction that would otherwise be provoked with a more layered expression. All manners of instruments receive solos, from Hannibal Lector's favourite harpsichord to the obvious stringed instruments to various woodwinds, yet but few of them truly satisfy. I understand the desire for minimalism considering the subject material, Kosminsky's style dictating that such a slow-moving series be accompanied by an equally passive arrangement, but Wiseman's insistence on what comes off as shallow works prove detrimental to a listener's experience. The music certainly isn't devoid of passion, soave-infused occurrences a welcome addition; it's just they often don't grasp one's imagination nor attention as well as I'd have desired. It's a technically competent effort in this area, but it lacks a determination and purpose within distinct points of interest.

Immediately, one may recognise that it's comparable to Korzeniowski's highly-ambitious Penny Dreadful, namely in tone. Both are equally as accomplished (or as disappointing), with neither transcending a certain amount of drabness they inherently contain. Both efforts are immersed in a consistency that is never fully surpassed, despite numerous technical feats. Still, there are moments which can certainly be appreciated for either bravado, instrumental bravery or genuine evocation, Wiseman in particular breaching her inability to achieve sentimentality rarely but notably. The aforementioned 'Beginnings' and 'Forgive Me' represent two of the most pivotal instances of such, but the latter half of the album also provides the consuming lament that is 'Austin Friars', a piece of dark proportions that features thundering bass drums, sharp and slurred espansivo cello and viola work culminating in one of the finest works on the release; this is followed by the subtle but undeniably affecting 'Just Words', and the finale, 'Entirely Beloved', which provides a summation of the themes for the protagonist, Henry VIII and the central leitmotif, all to splendid effect. They're nothing overtly astounding, but they serve as some of the most exceptional moments Wiseman has managed to allocate time towards developing.

Particular praise must be offered to The Locrian Ensemble whom performed the composition, their work impressive within even the least engaging of moments littered throughout. Their string section specifically excels consistently, providing a fluent and zestful variety of performances. The recording is pristine, faults virtually non-existent, part a discernible sharp note played within 'Entirely Beloved' at 2:20, right before the violin runs begin to instigate. Otherwise, Wiseman handles this fragment of the process duly well. The issues converge when one takes into consideration the entirety of the score as a whole; whilst I'm surely in the minority, I can't move past the feeling that Wolf Hall is an empty release. It's as adept in terms of the specialist features as one expects, but where it faults focally is with its lack of vehemence and overkill in terms of solos. Much of the album feels as if it remains a single-note endeavour, refusing to move in a logical fashion. The biggest detractor is how underwhelming it feels on an emotional front, which has remained a sore-point throughout my various listens. All the same, Wiseman approached Wolf Hall with minimalism in mind, and achieved a score which contained nominal layers but yet still achieved numerous thematic, melodic and tonal requirements. It stands as less an enjoyable release than a technical marvel, its finest moments designed to enact a certain atmosphere that proves effective. If one takes this into consideration, you should find that Wolf Hall is, at the very least, a somewhat easily appreciable inclusion into the Wiseman/Kosminsky collaboration canon. You can purchase Wolf Hall on Amazon or Silva Screen Records, here and here.