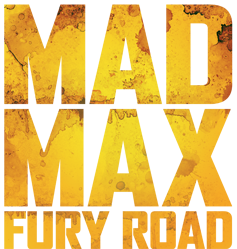 Check it out... if you seek unforgiving action compositions in the vein of Zimmer's Man of Steel, the rugged sensibilities of Junkie XL's writing and recording techniques suitably brutal for the genre it was composed within

Skip it... if you possess an inherent distaste for Remote Control Productions, XL's synthetic/orchestral melodies reminiscent of numerous other RC member works and lacking in anything purely distinctive 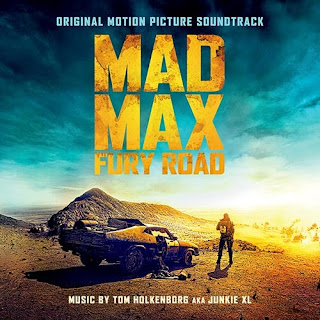 NOTE: THIS IS A REVIEW OF THE 71 MINUTE LONG, STANDARD EDITION OF MAD MAX: FURY ROAD.

"The mood evoked feels justly apocalyptic, treacherous and full of glorious size, even if the score is sometimes technically inadequate in terms of mixing."

The raw, frenetic energy and vehemence of George Miller's return to the long-dormant Mad Max franchise has seen a vast and universally positive response from both critical circles and audiences worldwide, the enthusiasm from some movie-goers startlingly supportive. Whilst numerous action films as-of recent have disappointed in terms of both scope, personality and technical execution, there are a small minority of features which have brought about widespread acclaim thanks to inventive choreography, smooth editing and cinematography and a heavy dose of individuality. John Wick, The Raid 2 and The Guest all stand out from last year as exemplary forays into the genre of action filmmaking, and exemplified technical competence in a category of film which consistently proves derivative. Mad Max: Fury Road appears to be this year's standout in the genre; a large-scale, lavishly well-rendered excerpt from the wild imagination of Australian screenwriter, visual pioneer and director George Miller. With tight editing, elaborate and extravagant cinematography and an all-star cast, Mad Max: Fury Road has greeted an eager and salivating audience's expectations by being as overblown and rich in excitement as was first promised.

Equally as powerful and ferocious is Junkie XL's bold and brash approach towards the musical component of the work. Reminiscent of numerous other Remote Control productions, XL's layered, loud and pompous compositions reign supreme over many of the man's fellow modern action contemporaries. The might of Man of Steel returns, the abrasive timpani rhythms dominating the soundscape in a vibrant and masculine-induced exploit. Tonally-consistent yet somewhat individual thematic concepts punctuate the arduous and oft-times overblown length of this release, and whilst the album sometimes drags in terms of vehemence and engagement, there are few moments where XL's work proves completely without merit. Miller's characteristically explosive stylistic nuances in the cinematic context demand a similarly-veined score, and XL provided exactly that. The mood evoked feels justly apocalyptic, treacherous and full of glorious size, even if the score is sometimes technically inadequate in terms of mixing. For those who dismissed Zimmer's aforementioned Man of Steel as a hopelessly inadequate foray into superhero film scoring that supposedly lacked intellectual competence, thematic dexterity and/or melodically-sound writing, it would be best to avoid Mad Max: Fury Road entirely. XL's obtrusive methodology, displayed prominently throughout, shall leave many craving a less blatant representation of various conventions, but for those willing to embrace pure auditory adrenaline, manifested in the form of unrelenting string runs and balls-to-the-wall brass crescendos, Fury Road shall impart a great deal of entertainment.

Online forums shall quickly leave you to dispel the notion that an ounce of restraint was utilized for any portion of the album; that XL hammers away like a man compelled, his percussion sections ablaze with unfiltered furore, the mixing lacking in any trace of ariose. Non-surprisingly, inflated criticism permeates these arguments against the work, and whilst many of the drawbacks that these detractors have mentioned reign true, Fury Road never reaches the level of derivative folly that pervaded the dreadfully repulsive Chappie, released earlier this year to widely negative responses. Unfortunately, on the opposite end of the scale, an exaggerated level of enthusiasm for the work has been encroached by a number of pundits whose support and bias towards Remote Control Productions renders their reviews, opinions and arguments lacking or entirely invalid. XL has evoked what is essentially bound to be unnecessarily rebuked and yet similarly overly appraised material; those who disregard the capabilities of synthetic or rhythmically-based compositions disparage the entire work, whilst modern scoring aficionados overstate any shred of invention, creativity or peculiarity within the release in a conceited and distorted attempt to justify their bloated adulation. It's inherently flawed ground we walk on.

My attempts to understand the assertions of both sides have yielded what is essentially a positive yet marginally faulted opinion of the score as a whole. Junkie XL is undoubtedly confident in his style here, more so than ever before, and this subsequently provides numerous inexplicably addictive, commendable highlights that stand out as some of the finest examples of the man's capabilities as a film composer. Without this rampant self-assurance, I fear that the man's stylistic intentions would have proven entirely lacking. There is a speed and deceptively elegant attitude here, exhibited throughout many of the outstanding action highlights, that could not have existed without Junkie's complete faith in his own abilities. Of course, this naturally leads to an overabundance of rambunctious but meaningless timpani and snare riffs, long sessions of aimless ambiance and general drivel infiltrating the work. The senseless and underwhelming 'Water' obviously tries to evoke a sense of trepidation, tension and anxiety, but fails miserably, the percussive patterns unengaging and alienating the listener. The opening of the album, 'Survival', reflects what we initially suspect the environment of the picture is; barren and lifeless. Unfortunately, it maintains this description far too closely, nothing of particular intelligence occurring within its minute and a half length.

The sheer volume of the master proves numbing at the most thunderous of instances, and it detracts to an extent from what could have been impressive action highlights. As 'Claw Trucks' roars to its conclusion, the wallowing percussive elements lose any impact that they once maintained, and it undermines the potential the cue possessed. That said, there lies a large array of novel and inventive action pieces just waiting to be explored. The onscreen sporadic madness that occurs during one of the initial scenes is personified within the equally chaotic 'Escape', a muffled array of synthetics, string runs and general offbeat terror effectively executed. The building drum rhythms, played alongside a grimy and unbridled electronic guitar, of 'Blood Bag', encompass the granular visual aesthetic of the film, the distortion applied to the guitar embracing the intended rugged sound aptly. The two primary action highlights of the score are undoubtedly 'Storm Is Coming', a five and a half minute long, densely populated action piece which embraces states of both tension and unadulterated disorder, and the euphoric if not partially predictable 'Brothers In Arms', whose chord progressions from its midpoint to its finale evoke sheer bliss. The latter piece also serves as one of the few instances where the mixing doesn't appear to be greatly faulted in the scheme of things, the brass, strings and drums all given their respective times to shine.

The primary action theme for the score, a three note descending string passage, serves as a suitably rough and robust concept, utilized constantly, more often than not to startling results. Some listeners may find fault with such consistent use, the vast majority of the action pieces on the release presenting at least a single reprise of the melody. Generally speaking in regards to the thematic content, Mad Max: Fury Road presents a wide range of relatively unremarkable yet notable themes that will stick in one's mind after the running time has ceased. The horns of 'Brothers In Arms', the Furiosa string theme from the end of 'Immortan's Citadel', 'We Are Not Things' and 'My Name Is Max', or the uplifting primary phrase from 'Let Them Up'; all of these concepts excel in terms of memorability, despite their blatant influences. XL has moved away from the cringe-worthy leitmotific material he explored within Divergent, and has instead embraced a more rustic, brutal approach that renders relatively enjoyable results.

Where the score will most surprise an average listener is how much time is diverted towards developing more sentimentally-responsive ideas. 'Immortan's Citadel', 'We Are Not Things', 'Brothers In Arms', 'Many Mothers', 'My Name Is Max' and 'Let Them Up' all feature some genuinely poignant moments of pure resonance, which one most definitely does not anticipate entering into a Mad Max score. The progressions, crescendos, decrescendos and calore-styled cello movements aren't anything overtly distinct, but they remain effective both inside the context of the film, and within the context of the album. For cynics who doubt XL's compositional capacities, I would point you towards 'Many Mothers' in particular, the rousing yet haunted string melodies explored exceptionally well executed. One of the highlights of the running time, 'Immortan's Citadel', captures both the desperation of the protagonist and his companions, as well as the sinister presence of the central villain, his foreboding violin and brass-led leitmotif a towering force of evil and ruination. XL's well-crafted lighter moments triumph over the thundering percussion of the action, and lift the score from the depths of potential mediocrity.

The album loses points for its oft-times troublesome mix, which feels muffled at the best of instances. One can attribute this to the mid-frequency gain kept unusually low, namely for the string section. You can see this during the second minute of 'Spikey Cars', as the action motif enters the fray. The mix also prevents the choir, an underused element of the composition, from standing out in any majorly discernible way. The unrealized promise of a juxtaposition between the colossal and rhythmic percussive, cello and horn-based action pieces, and the soothing and dulcet choral sweep is a disastrous misstep on the part of XL and the album mixers, that could have been rectified with a simple tweak of the equalizer and the main choir channel fader.

Apart from these concerns, the technical component isn't overtly disappointing or offensive. The various elements are mixed together relatively well, and even though portions of the orchestra feel compressed more heavily than their synthetic counterparts, the score never derails in any major way. Mad Max: Fury Road remains at the very least marginally entertaining all throughout its extensive length, and benefits from a massive scope and vehemence that rarely ceases, if not solely to provide emotional backdrop, most of which is surprisingly affecting. The dramatic depth of XL's writing in this specific instance trumps his efforts for Divergent and this year's Run All Night, and impressed me greatly, to my ultimate bewilderment. There is much fault to be found within the writing itself, the familiarity of the work sometimes distracting to behold, and XL's own bravado can work against his ultimate goals, the noise emitting from the speakers overwhelming in certain stages. But these are gripes that do not excessively burden the listening experience as a whole, and Mad Max: Fury Road remains insistently agreeable throughout. Do neither buy into the hype surrounding the release, the mainstream clambering urgently to appraise the work, nor dismiss it out of inherent bias against modern action scoring inclinations, as either will ultimately hurt your appreciation of the true value on offer. Many are understandably irritated with the quality of XL's efforts in this occasion; I find myself at once nodding along with many of their concerns, yet also defending the actions of the composer. In all fairness, Miller's requests involved rugged brutality and nonsensical carnage, and XL provided as such, with a satisfying smidge of thematic and melodic consistency thrown in for greater effect. It's easily conceived yet pleasantly arranged music; what's not to appreciate on the whole? You can purchase Mad Max: Fury Road on Amazon or iTunes, here and here.

Additional notes about release: there are two editions of the score available; the standard, 71 minute edition, reviewed here, and an extended, 125 minute long edition. The iTunes album also comes with a digital booklet.