____
Check it out... if the unostentatious, restrained sound that most often accompanies a work by Philip Glass is something you're interested in, Another Love a quiet, controlled, yet evidently powerful score

Skip it... if you demand endless variation with your film compositions, and refuse to acknowledge the inherent merit of a piece due to its simplistic constructs
____ 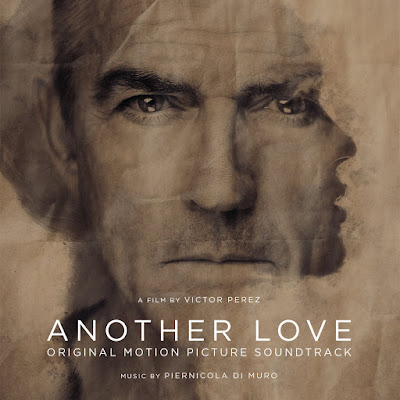 "Muro offers a concise twelve minute listen that harbours some of the most gorgeous minimalistic compositions of 2015."

Creeping, unavoidable defeat; melodic stability arising from ambiant atmosphere; perpetual and all-encompassing melancholy; Piernicola Di Muro's short but thoroughly effective score for Victor Perez's directorial debut short, Another Love, is a fascinating, complex concoction. Taking cues from the likes of Philip Glass and Alexandre Desplat, Muro offers a concise twelve minute listen that harbours some of the most gorgeous minimalistic compositions of 2015. The short film depicts the tale of a married pregnant woman named Kate, played by Maria Ruiz, who is forced to inform the much older man she is engaging in an affair with that their exploits must cease activity. This sensitive and dramatic cinematic endeavour is granted emotional heft through Muro's poignant yet unnervingly foreboding score. Here, he offers a combination of contemporary sound-design and restrained symphonic influence, and the result proves highly reminiscent of Ben Salisbury and Geoff Barrow's Ex Machina in nature. But Another Love is an undeniably more compelling listen, its melodic concepts better refined, its recording more crisp, and its details more rewarding. Its ambitions may not be particularly vast, but what it achieves is nothing short of astounding.

Muro introduces us to the protagonist's internal conflict during the opening piece, 'We Have To Talk', where a menacing electronic dissonance accompanies a sparse orchestral palette; one that ranges from deeply resonant cellos, to overwhelming violins, to a piano that lies atop a bed of heavy and incessant reverb. The primary melodic passage, a five-note progression performed on the aforementioned piano, shifts between major and minor keys as it gradually ascends beyond the rest of the instrumentation, clouding the whole piece in a haze of endless despair and regret. Kate's dilemma is represented with anguish; there is an underlying fear that plagues the cue, infecting every note. The expansive synthetic ambiance that prevents the live instruments from spreading their wings and offering large, bold renditions of the promising thematic ideas that Muro has composed is an oppressive force that hints towards Kate's reluctance to break off this infidelitous and detrimental relationship she is stuck within. The electronics also seem to infer a repressive physicality, courtesy of this older man Kate is trying to distance herself from. It's bold yet subdued music, that is as tension-ridden as your average horror piece.

The dreary mood of the opener follows into the more wistful 'Paint', a track permeated with a sense of nostalgia and timelessness. The gorgeous piano lines are, admittedly, simplistic in regards to chord progression, but the passionate performances from the string section augment and elevate this otherwise indistinct cue to a level of pure sorrow. The production remains as meticulous and deliberate as ever with the outstanding 'Lola', the brooding synthetic atonality of 'We Have To Talk' returning. Again, a central piano melody is obscured by a haze of discordant sound-design as fear and questioning wash over the protagonist. Shrill violins sound off in the distance as the whole piece slowly crescendos in a manner similar to any number of pieces found in Brian Reitzell's Hannibal scores. Unfortunately, this is perhaps the only track on the score where an easily discernible technical fault can be identified; one minute and twenty four seconds into the cue's running time, some fuzz randomly drops out without warning, before re-entering ten seconds later alongside the rest of the strings. It's a small but minor gripe, for an otherwise impressive two minutes of music.

'Ties' fluctuates as delay settings manipulate the sound of the piano, before an absolutely terrifying explosion of sound rips through the solemn and sombre mood, the strings and deep, rumbling percussion beckoning forth certain doom. The album's most maximalistic instance is followed by a reprise of the leitmotif from 'Paint', and trepidation and panic turns into regretful reminiscion. It's an overwhelming amalgamation of opposing tones, but the execution is filled with such rich and ardent despair that it's hard not be sucked into the atmosphere Muro is trying to convey. This follows into the titular piece, 'Another Love', where another, more forlorn reprise of the melody from 'Paint' is offered. In the score's most evocative of occasions, this motif develops from a passive, understated statement, into a soaring declaration of pain and remorse, the string ensemble gathering as one to support the piano as an ostinato gently grows over the course of the three minute-long track. Gorgeous.

Muro concludes the duration with 'Remember', a final, shortened reprisal of that now highly familiar thematic concept from 'Paint'. Longing and disconsolate, Muro refuses to abandon the established mood of the prior five pieces, and the score ends with little definitive resolution; just a sense of yearning for a positive future. Another Love does not disillusion itself; it understands the kind of intimate narrative it's supporting, and does not overextend beyond its boundaries. The production is clean and sharp, the composition melodic yet consistently nuanced, and its emotional range is stupendous. Despite its deceptively hushed instrumentation, Muro's score is an expressive and haunting work that does not fail to cement itself in one's memory. Impeccable; a demonstration of the capacity for minimalism in film scoring. You can purchase Another Love on Amazon or iTunes, here and here.