Past Spotlight-Monaco: What's Yours Is Mine Video Game Score Review 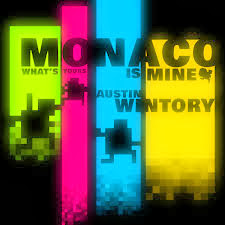 Austin Wintory is one of my favourite composers. All his music is so energetic and it feels very alive. He knows how to use an entire orchestra, to make every section stand out on it's own, something that is worth marvelling at. I'm a huge fan of the game Monaco: What's Yours Is Mine and one of the key things that sets this game apart is it's mischievous and smart score, done by Wintory. It's a bunch of fun to listen to, either in the context of the game, where you're sneaking around and taking guards out, or just sitting back at your computer, enjoying some wonderful music. It's a stealth score, one of my favourite genres in orchestral music. It goes from a calm and collected state, to a disastrous and chaotic melody in a quick second, before returning back and repeating the process. It's a difficult kind of score to perfect, but I have to admit, Wintory has achieved perfection in it's highest form!

Wintory loves piano. If you've followed him for a while, you'll know this beforehand, and it's used a damn lot here! It's such a simple instrument, and Wintory must enjoy the challenge that comes with something like that. Creating something complex and intricate with the piano is not the hardest thing in the world, but creating a score with piano at heart, and often, the only instrument playing for sustained periods, must have been a huge challenge for Austin. He surely did embrace the challenge, and had his heart set on a specific kind of score. Creeping around is the kind of feeling Wintory is trying to reflect in his music within this score. It's fairly obvious, to be honest. This is a sneaky kind of game anyway! But it's so wonderfully crafted, that's it's not all that simple! Unlike a lot of snooping around games, there is almost always a sense of jeopardy in the music, one which is constantly telling you "You could very well be caught and seen right here, despite the somewhat calm that you're experiencing at this present time!" This is a constant theme, obvious even in our first piece, the self titled What's Yours Is Mine. You can never really see what's coming is what I think I'm getting at. The pieces, and the score in general has a very unpredictable feel to it. Don't anticipate what's to come, because more often than not, you'll be left wrong!

I've listened to multiple Wintory albums, and one thing is clear; he loves to make music which isn't overly investing. You don't need to abandon everything you're doing when you turn on Wintory, just so you can appreciate the music! He never seems to try to overpower or overwhelm you with his catchy melodies and riffs. The Monaco score is a perfect example of all these points. I can sit here at my desk, writing this review, whilst having the score playing in the background. I don't have to listen to each of the pieces, gather my thoughts and then type. The whole score seems to create one almost seamless piece, and this makes simply writing about it much easier than having to go over each separate and individual part and commenting. I love something fun, and something that doesn't feel full to the tip with big orchestral riffs and rhythms. Wintory makes everything sound so easy, which, going back to my points before, makes his music sound so simplistic, quite the opposite of overwhelming and really fun!

Conclusion:
I can listen to this score over and over again, and never get bored of it! I've never really been tempted to buy a score in the past, simply so I can reward the composer for delivering something so brilliant, but I really am tempted here! Wintory creates a simplistic, smart and unique score, one that can not really be rivalled in today's musical world. Wintory won me over with this score, and after listening to a couple of his other albums, such as Spirit Of The Cosmos, I have to call myself a hug fan. There are tiny moments of dullness, but these are almost completely overshadowed by the quick and fun melodies!