How To Train Your Dragon Score Review 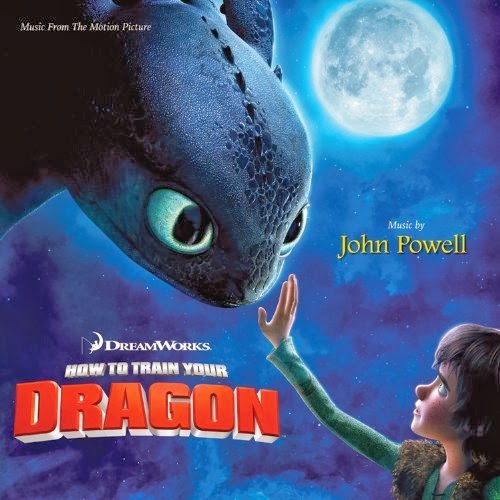 Title: How To Train Your Dragon

Hello one and all! I'm back with another score review, this time, for one that was released in 2010. That means it's time for one of my favourite scores, How To Train Your Dragon, by John Powell. I had to venture outside of Spotify to find this one (the horror!) but it's certainly worth it! I've got a playlist on Grooveshark for it, so I'll post that link down below. Anyway, I should probably start reviewing this score, so lets get into it!

I'm going to be honest; the first time I heard this score, it sounded very much like a John Williams piece of work. That's partially good, partially bad. For the most part, I don't like John Williams' work. I know, you're all about to crucify me, but that's just how I feel. But John Williams can make some pretty damn awesome scores, and he has a way with making interesting, complex pieces. The first piece on the score card, This Is Berk, sounded like a really awesome John Williams piece. I did find John Powell's name instilled though, and I was almost a little disappointed. Nonetheless, John Powell has delivered something sensationally brilliant, with intricate sets to the max.

The big thing you need to know about this score, coming into it, is that it's very much a Viking score. You're going to get deep brass here in the bucket loads, and it's awesome. But that's ultimately what we expect from Viking scores, so John Powell also adds a whole range of instruments to the equation, starting from native Scandinavian horns to some bagpipes, which have place in some of my favourite pieces from the score. It all sounds very European, which is certainly not a bad thing. It's always good to see something that sounds very culturally accurate, and HTTYD is just that.  On that account, John Powell has excelled.

The score is a whole bunch of fun. It's got pieces which seem to go flying off in a random direction, which is partially the point; I mean, we are covering the story about a stubborn dragon being trained. He's probably going to jetting off in any direction he can the first chance he gets, right? But all this, see, I certainly expected. What really makes the score, are the more touching, personal moments. Powell uses vocals and soft piano to their full extent, at various points, to allow for a lot of really powerful, key moments. Take piece 6, The Dragon Book, one of my favourite pieces on the card. It evolves from a quiet, soothing rhythm, into something more aggressive, and loud. All very tightly done, which is good to see. This contrast that is achieved in mere seconds, so many times within the score, is a pleasure to listen to.

There are few scores which are as emotional as HTTYD, to be quite honest. I love the film (it is #22 on my top 25 films of all time) and the score just brings all the memories back, to my enjoyment. My favourite piece on the entire card, Forbidden Love, has one of the more emotional riffs in the entire score. In the latter stages of the piece, it evolves into a powerful, beautiful orchestral piece, which is tear worthy. I can say the same for so much of this score, but I think I'd take up much too much of your time, if I was to try! Nonetheless, on an emotional level, Powell has delivered greater than I could have ever expected.

Conclusion:
There are very few pieces within the score which I can criticise at all, and that's all thanks to Powell's exciting, fun way of telling a story in musical form. This is Powell's finest work, and some that you should certainly check out.

Grooveshark Link-How To Train Your Dragon