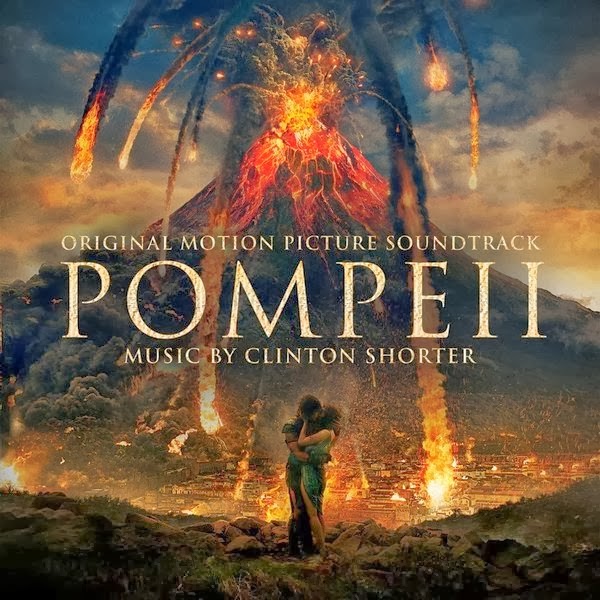 2014 has so far delivered it's fair share of crap in the way of film; The Legend of Hercules is one of the worst films I've ever seen, and I, Frankenstein was not a good trip to the cinemas. Yet, despite the films they represent, the scoring world has been in a state of bliss these first few months. Hercules had a pretty awesome score, The Monuments Men had a score from Desplat which was truly brilliant, and now Clinton Shorter, a lesser known composer, delivers a score to a film which will truly be horrific. You may recognize his name from the score to last year's 2 Guns, which had critics divided. After his name was released as the composer for this disaster film, people were obviously quite skeptical as to whether or not he could capture the disaster aspect of the disaster film. Has he proven naysayers wrong with Pompeii; has he delivered something of notable grandeur and emotional depth? I say yes.

Some will certainly call this another stereotypical disaster film score, and they are most certainly correct! Shorter delivers everything with the bombastic tone that we could expect from this genre by now. Yet still, this is a thoroughly enjoyable piece of work, one that certainly has replay value. I would not regret purchasing this album; it's good fun that I enjoyed listening to, and that's all I can ask from a score, to be enjoyable. Shorter delivers his emotional moments here and there, but the score certainly doesn't rest on them. It's all about those huge brass-tastic moments, as seen in pieces such as My Gods and the brilliant Celtic Rebellion. Shorter just seems to let go, and lets the instruments do the talking. The vocals, the brass, the strings, the percussion, they all go together so perfectly, in a crazy, enjoyable way. So much is going on within the battle pieces, that it almost loses it's way. Shorter manages to keep the score centred though, and he keeps it continually progressing. The music written is quite fantastic, despite the fact that it contributes to a growing cliche within disaster film scores.

The first piece, Pompeii, introduces the theme with perfection; highlighted by vocals, a percussion and brass ostinato which is complemented by strings and the rest of the orchestra as the piece wears on. It's a chilling theme, one that will have your breath away, and it ultimately sets the tone for the entire score. There is a considerable lack of that theme, unfortunately, within the rest of the score. The piece Home begins with a higher pitched version of the theme, but apart from that and smaller samples of the theme within longer pieces, it's not really anywhere to be seen. Fortunately, Pompeii is filled to the brim with memorable, hum-worthy riffs, which I absolutely adored listening to. The piece Revenge has another small sample of the theme, and an enjoyable ostinato progression, which makes for some good, loud fun! All and all, despite the lack of presence the theme has, the rest of the score contributes a lot of fantastic phrases, which are certainly to be hummed to in the future!

Conclusion:
I don't like to use the word epic too often, yet with Pompeii, I have to; Clinton Shorter has created something truly epic with this score. It's got it's fair share of quality emotional, slow moments, and high-octane action, which blends together for a fantastic, enjoyable, fun listening experience. What more can you ask for?