Draft Day
Check it out... if you'd rather a well composed, simplistic suite-styled album, over something with more stand out moments

Skip it... if a lack of individual piece highlights makes for a boring listening experience, in any case. 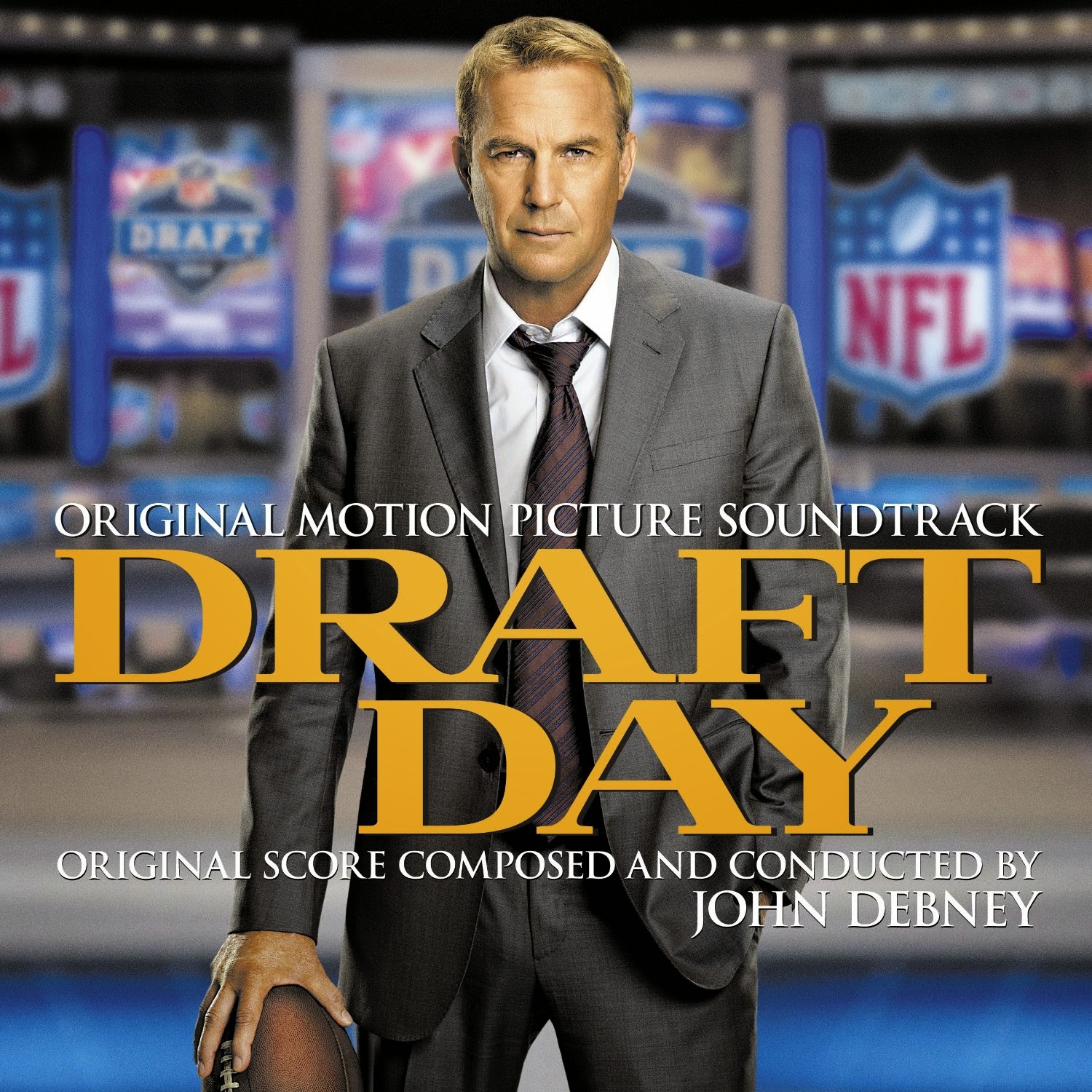 "John Debney's Draft Day is as uneventful as it is soothing and well composed."

Very few composers have such varied resumes as John Debney; scrolling through his records on Soundtrack Geek and Filmtracks, he has both had some major accomplishments in composition, and some flops which I'm sure he regrets. Debney has composed scores for a variety of different genres and topics, from superhero films, to what we're looking at today, sport films. Draft Day is another NFL-related sport film, that I can assure you I'm not interested in seeing; mentioning of the NFL alone is a turn off, myself being an Australian, and also not so much being into sports at the present time. Nonetheless, being a scoring enthusiast, I decided checking this score out after it was released onto Spotify, being that Debney isn't on neither my shit list, or my approval rankings. Being that Debney has composed a number of sport film scores, his experience in this genre should lend a helping hand in forming and molding something interesting and representative of what kind of film this score is backing. One could say though, that his experience in this genre isn't necessarily something to be proud of, when looking into some of the scores that he has previously composed in this category of film. His most hated score, arguably, could be his work for the film The Replacements, which received an undoubtedly horrendous rating of 1 star out of 5 on the Filmtracks reviewing website. That film also slots in the genre of sports film, and after discovering this atrocity, my initial expectations that Debney's experience would lend itself to an understanding and developed score were dashed. With fingers crossed, hopes in disarray, and expectations all over the place, I ventured into Draft Day, not knowing what I was going to receive from Debney

What I got, unfortunately, was little more than a monotonous effort, that didn't really do much for me, over it's 51 minutes and 34 tracks. Whilst boasting a well composed array of material, that makes use of slight instrumentation, as well as a subtle but effective mood, John Debney's Draft Day is as uneventful as it is soothing and well composed. Near nothing happens within this score, and that is most certainly not a good thing. Up until the final few pieces, everything seemed to fade into a single piece, and that is not what I wanted from this. I generally manage to collect a number of highlights from the album, all over the score, but here, everything that really stood out made it's presence known in the final 5 minutes of material left to sit through. These highlights, no matter how good, were quickly cut down to size and shifted through, as near every piece is no more than a minute and a half long in length. I simply hate scores like this, that take more to quantity than quality. Draft Day is a perfect example of this; whilst your Last.FM account may receive a noticeable number of plays within a short period of time, you shouldn't be too much better off in the way of highlights and really key stand out moments. For a reviewer like myself, finding highlights within a score is something I actively persist in; it makes my job a lot harder when I have music which never really stands out as anything more than your average sports film music.

Whilst yes, this is an uneventful and frequently repetitive score, I'm not going to say that it's not at all enjoyable, because it honestly isn't. I could sit and listen to this score for hours at a time, and I can't say I'd get bored with it. Whilst I do disagree with the decision to make do with 34 tracks in all, my short attention span sees it as a saving grace; I often struggle making entire scores without breaks. Draft Day is completely different in that aspect! The short duration of all the pieces, and the great number of tracks means my short attention span doesn't seem to come into play; a somewhat new sound is introduced every minute or so, no matter how subtle, and that means I don't get ridiculously bored waiting for the track to tick over. Draft Day is also a soothing effort, something that invites me to sit down and relax. It never turns bombastic, or high flying in an unexpected instant, so this makes for an incredibly relaxing listening experience. It's certainly nothing that I haven't heard before quite a few times over; Debney realizes his work for what it is, and therefore embraces the quiet tone that the film requires of him. Don't expect a game changer, or anything unexpected, because that's not what you are to receive. You're going to get a quiet, well composed endeavour that has few moments of actual brilliance. This is not Debney's best look into this genre of film music, but it's nowhere near his worst. You can purchase Draft Day on Amazon here.