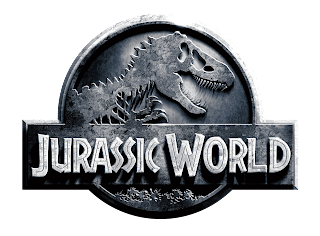 Check it out... if you possess a fondness for Michael Giacchino's most bombastic, energetic and wild writing, as Jurassic World veers into action bliss for much of its duration

Skip it... if your love of the original Williams work clouds your better judgement, and you can not respect an amiable sequel score which just falls shy of reaching the heights of its prolific predecessor 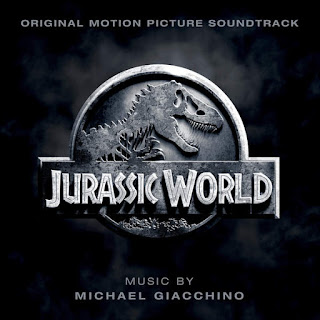 "At its finest intervals, Jurassic World is one of the most awe-inspiring, giddy endeavours of the year"

The abundance of sequels, reboots and re-imaginings released and planned for release within the 2015 calender year is both rather astonishing and unprecedented, new installments within the Mad Max, Star Wars, Avengers, Fantastic Four, James Bond and Hunger Games franchises gracing the silver screen over the course of twelve months. Over-saturation threatens to stilt any strain of budding anticipation one may possess towards any of these specific ventures; this is no more perceivable than within this year's excessively marketed Jurassic World, the fourth installation within the Jurassic Park series. A tumultuous and uneven record plagues the history of this relatively coveted franchise, as despite the success of the original escapade (a film oft-times cited as one of director Steven Spielberg's finest achievements), the second and third films are regarded as less than mediocre cash-grabs, designed to separate a nostalgia-ridden fan of the preliminary work from their hard-earned money. This latest exploit, directed by Colin Trevorrow (the man responsible for the contrived Safety Not Guaranteed), contains all the giddy stupidity that one can expect from a modern summer action venture, and has thus seen moderately positive reviews from critics and audiences alike thrown at its feet. That said, the explosive visual grandeur of the feature has not been enough to wholly persuade viewers to grant forthright acclamation, stiff and cliched characterizations and plot movements littering the duration. Alongside the grandiose visual audacity of the presentation, comes the highly anticipated musical accompaniment, provided by renowned and adored composer Michael Giacchino. The three prior entries into this series are generally looked upon favorably in regards to their scores, the initial installment boasting of a John Williams' classic; one that captured the hearts and minds of an entire generation of score-lovers. Thus, nostalgia-based complaints are bound to permeate the criticism and analysis of Giacchino's efforts in this here context.

As someone who is, to an extent, quite unfamiliar with Williams' prefatory work (I've only heard the score twice in full), and regard it as an exceptional if not imperfect album, I am not going to denigrate Jurassic World and Michael Giacchino for attempting to separate themselves from the famed Jurassic Park, nor will I seek to compare the two titles too closely. Whilst certain thematic concepts from the original piece have been retained with joyously enthusiastic re-implementations, this score is full of unique, vibrant and dense ideas, flourishing with zest and adventure. Instances of tension, suspicion, malice and danger permeate this delightfully intrepid sequel score. Sweeping orchestral euphoria, deliberately reminiscent of Williams' own methodology, punctuate what is obviously a Giacchino composition, the vast size of the recording and the detailed mix a stylistic preference that should bode extremely well with listeners. Even for those who do not possess an established adoration of Williams' initial offering, Giacchino's wistful, audacious and evocative writing shall instantaneously draw you into the world he is illustrating; you'll feel well-acquainted with the characters, the locations and the plights undertaken from the word go. At its finest intervals, Jurassic World is one of the most awe-inspiring, giddy endeavours of the year, and features a number of cues that stand-out as some of the finest of the past six months.

Based on the premise and tonal requirements of the feature he's writing for, Giacchino has had to comfortably balance peril, sentimentality, comedy and raw excitement with this release, each with equal virtue. For the most part, the man adheres to these various swings in mood with smooth developments; he finds ways to push the most docile of concepts in the direction of jeopardy, and vice versa, and for the vast majority of the duration, succeeds in doing so. Where the score underwhelms is in regards to its quieter moments of tranquility, family-orientated drama and comedy, all of which feel excessive in force and prominence. 'The Family That Strays Together' and 'Nine To Survival Job' (its first half) are burdened by disagreeable quantities of raw and immoderate espansivo; there is no subtlety within their blatant duration. The tenuous 'Owen You Nothing' is dreadfully exorbitant in its timed, precise string beats, which obviously signal instances of comedic incorporation. These beats break up the flow of the album and detract severely from the invigorating energy of the cues that come before and after. These are all bewildering gripes, as Giacchino is usually on-point in terms of poignant, more emotive composition; Up, Ratatouille and Dawn of the Planet of the Apes have all exposed his potential for astute and sincere melodic writing. To find his work so overbearing in this context, especially within a franchise whose predecessors were so rooted in familial connection and dismay, is a puzzling fault.

The fresh thematic melodies presented within Jurassic World are also equally disappointing; the motifs related to Chris Pratt's Owen character, as well as the villainous Indominus Rex (the antagonist of the picture), all feel so dreadfully understated and inconsequential that they seem to get lost in the overabundance of minor concepts thrown about all throughout the duration. There are so many ideas fluttering about during 'Indominus Wrecks' that leitmotific coherence is forfeit for general chaos, and whilst it's undoubtedly energetic and captivating, the lack of a defining aural figure to centre the madness proves significantly irritating. But where Giacchino underwhelms, Williams' provides solace. Giacchino expertly implements the original, primary motifs of the first film, and sprinkles them all throughout, often to startling results. 'Welcome To Jurassic World' will stun even those who care little for the original score, the gorgeous, soaring melodies of the initial work pervading the length of the cue, often to uproarious delight. The real kicker for the album though is the glorious 'As The Jurassic World Turns'; a vibrant and enthralling piece that revives many of the concepts Williams first concocted in 1993, whilst also serving as an introduction to a number of Giacchino's primary motifs, many of which prove as effective as Williams' ideas. In particular, a stirring choir-led five note progression that appears at 1:18 minutes into the track; it is one of the most gorgeous, affecting and powerful themes Giacchino has ever graced us with. There is a constant vitality imbued within the material, the woodwind section churning over the duration, maintaining rampant movement, as if we too are being swept through the gates of this colossal park, to discover the wild and awe-inspiring creatures within. These kind of cues are the stuff of legend. Even concepts which I possess a glaring distaste for, such as the Isla Nublar theme (from 'Journey to the Island', from the original Jurassic Park), I can't help but feel add to the beauty and sheer magnificence of the track. 'As The Jurassic World Turns' is the strongest cue Michael Giacchino has ever arranged, and serves as the piece to beat come end of year.

The score also excels in regards to its action material, the foreboding brutality of the antagonist and its behavior reflected with Giacchino's malevolent horn melodies. 'Bury The Hatchling' features a preliminary and immediate five note progression that perfectly enunciates the vulnerability of the protagonists, and the capacity of the Indominus Rex. Giacchino's usual stylistic propensities suffuse the lengths of 'Love in the Time of Pterosauria' and 'Costa Rican Standoff', zippy string writing accentuating the danger of the instances he is writing for. The brass takes a step back during 'Raptor Your Heart Out', as frenetic passages are played at a speed that gives off a feeling of jagged fluctuation, and it's terrifying! The piano hammers alongside, as a number of abrasive and jittery brass repentes explode with unrelenting venom. The choir gets a workout during 'Our Rex Is Bigger Than Yours', with tribal chants and ethereal harmonies (reminiscent of James Newton Howard's Maleficent and Mockingjay: Part 2) saturating the duration of the piece. The sheer speed and unbridled vigour discernible within the action set pieces are as potent as any recent Giacchino foray, and this alone should suffice as a recommendation.

Loud, furious and yet also full of heartwarming grandeur, Jurassic World succeeds in much of what it aspires to achieve. Overbearing in strains, and underwhelming in regards to original thematic material, it never impacts upon one as wholly as it had the potential to do so. But there are glimmers of genuine beauty; for long-time fans of the franchise, this should be an aptly evocative return to the park. For newcomers to this cinematic universe, you will find the duration teeming with passion and gusto. Standouts, such as the dazzling 'As The Jurassic World Turns', 'Raptor Your Heart Out', 'Pavane For A Dead Apatosaurus' and 'Our Rex Is Bigger Than Yours' more than warrant a purchase of the entire album, and despite this release never reaching the heights of its initial and third (Don Davis' contributions to the series) predecessors, it serves as a suitably grand and blissful experience. The mixing is virtually perfect, the performances are rampant, and the composition is, for the most part, extremely impressive. One of the stronger works of the year. You can purchase Jurassic World on Amazon and iTunes, here and here.