Check it out... if you desire slow, basic romantic instrumentation and composition, that meets the minimal emotional requirements that the director established during the scoring process

Skip it... if a trite and dull Mark Isham score that does very little new for the composer doesn't appeal to your tastes 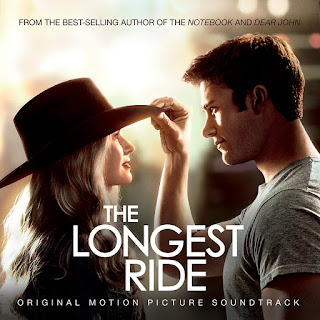 Much as the motion picture it accompanies, The Longest Ride finds Mark Isham at his most blatant, predictable and dreadfully underwhelming. "Conventional" does not properly convey the feelings of animosity that surge through my body whilst discussing its lack of redeeming qualities; it is, save for one or two cues, a complete waste of time. Lacking any discernible intricacy, depth, emotional weight nor individuality, the score is a frothy escapade that fails to make any form of impact on a listener. Brief instances of genuine trepidation and undercurrents of despair allow for minute periods of satisfaction, but their length is not substantial enough to suffice. Isham is an Americana composer of the highest order, capable of producing legitimately stirring compositions that evoke sentimentality and feeling. The Longest Ride proves that the days of Fly Away Home or Racing Stripes are long past, and his rousing lyrical capacity has been substituted for a palette that resembles little of what he possessed in his prime. The sound-design fan that lies within me treasures the small bursts of creative composition and production on offer; the second track on the album, 'In The Saddle', is a powerful, intelligent and meaningful foray that possesses a booming size, the reverb helping to encompass one in the drama that Isham is trying to underscore. 'Childless' seems to possess a deceptive twinkling sound at its onset, that is later revealed to be something far more tragic and painful. The cello swells in the middle of the track for a haunting effect, the slow crescendo over the minute and forty-second duration a powerful inclusion into an otherwise underachieving album.

Sometimes the production seems excessive, Isham bloating the size of the cues to a degree which feels unnecessary. 'Picnic' and 'Date Ends Early' are fitted with a carelessly obtrusive booming amplification, much of the guitar work dreadfully overpowering. The biggest concern is the level of schmaltz prevalent in the work, none of it coming off as particularly sincere. Isham, on what must have been the director's solicitation and encouragement, has concocted a score which appeals to basic characterizations and very little more; when excitement is warranted, as in 'New House', the piano ignites with the requisite four-note allegretto riff, and the strings ascend and descend their corresponding scales accordingly. Sadness is signified with a dreadfully slow tempo and your typical sad guitar. And intercourse is, of course, represented with synthetics, guitars and some hilariously campy snare rhythms, as we discover in 'Shower Love'; who would have thought? Isham covers all the bases he is required to cover, and doesn't attempt to transcend any expectations. There isn't a theme that stands out as markedly memorable nor resonant, and there are very few tracks which convey authentic emotion. In the context of the film, I presume the score works on a basic level; here, it comes off as banal and dreadfully unengaging. As an album of music, The Longest Ride is not worth any of your money. If you seek to possess Isham Americana, assess the rest of his discography; your time would be wasted even considering this alongside some of his more accomplished material. You can purchase The Longest Ride on Amazon or iTunes, here and here.